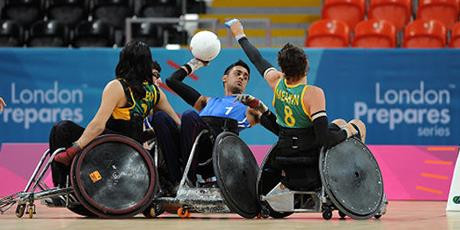 A Department for Digital, Culture, Media and Sport (DCMS) Committee will examine next month whether the current system of classification in British Para-athletics is fair.

It comes after an investigation by the BBC uncovered claims of tactics being used to cheat the system internationally.

The claims included the taping up of arms, taking cold showers in trunks and even surgery to shorten limbs.

A hearing is scheduled to take place at a venue yet to be confirmed on October 31.

Eleven-time Paralympic gold medallist Baroness Tanni Grey-Thompson is among those due to appear.

BBC Radio 4's "File on 4" special also revealed lawyers for the International Paralympic Committee (IPC) are investigating whether several athletes and coaches have deliberately exaggerated disability to improve their chance of success.

"With lawyers for the International Paralympic Committee investigating whether athletes and coaches have manipulated classifications to boost their chance of winning, it's important that British Para-athletes can demonstrate ethical behaviour," Damian Collins, chair of the DCMS Committee, said.

"These allegations risk tarnishing the success of our medal winners.

"The athletes deserve to know their gold medals are secure achievements - in the eyes of fellow competitors and the wider world."

Baroness Grey-Thompson has previously expressed her concerns to UK Sport, the BPA and UK Athletics that athletes have gained a competitive advantage due to being mismatched against their opponents.

Michael Breen has also spoken out on the issue.

He lodged a complaint with UK Athletics last year, claiming there had been a "false and reckless" classification of athletes with a view to "increasing British medal opportunities".

Hollingsworth has rejected claims that the classification system for disabled athletes is being manipulated to boost medal chances.

The examination of classification for Paralympic athletes forms part of the continued inquiry into the governance of sports.