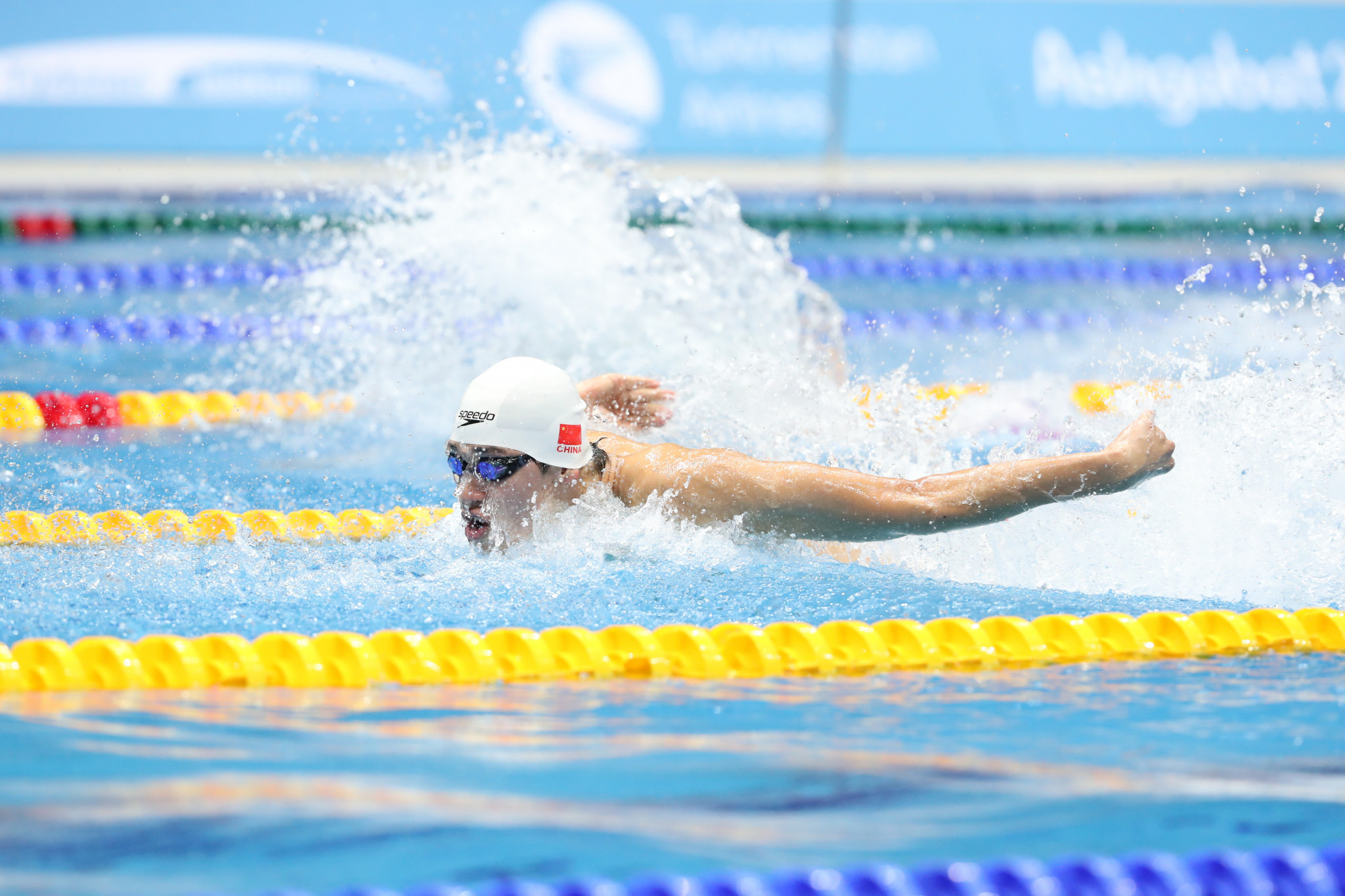 Wang clocked a time of 58.24sec in the heats to slice 0.04 seconds off the previous best mark set by Kazakhstan’s Polyakov Vladislav at the 2009 edition of the Games in Vietnam’s capital Hanoi.

The 19-year-old, who was given a warning penalty by the Chinese Swimming Association in March 2016 after failing a drugs test for clenbuterol, then improved it further in the final by registering a time of 57.02.

South Korea occupied the two other podium positions with Kim Jaeyoun second in 58.54 and Moon Jaekwon third in 58.66.

China’s Zhang Chenyao was the silver medallist in 2:12.67 with compatriot Qian Xinan taking the bronze in 2:13.93.

Among today’s other solo gold medallists was South Korea’s Kim Daleun, the winner of the women’s 100m breaststroke title in 1:07.51.

She was followed in the standings by two swimmers from Hong Kong with Ip Rainbow second in 1:07.84 and Kan Cheuk Tung Natalie third in 1:09.19.

In the men’s 50m freestyle, Kazakhstan’s Adil Kaskabay came out on top with a time of 21.88.

Uzbekistan’s Khurshidjon Tursunov was his closest challenger in 22.04 with Chinese Taipei’s Lin Chien-Liang rounding out the podium in 22.26.

Games records continued to tumble in the 4x50m medley relay finals with Hong Kong winning the women’s event in 1:48.79 to improve on the mark of 1:50.17 set by South Korea at Incheon 2013.

China and Thailand shared the silver medal after both their quartets finished in 1:51.64.

China had to settle for the silver medal on this occasion in 1:35.91, while Kazakhstan came away with the bronze in 1:37.01.

Short course swimming action is due to continue tomorrow.

China lead the medal standings after the first day of competition with two golds, four silvers and one bronze.