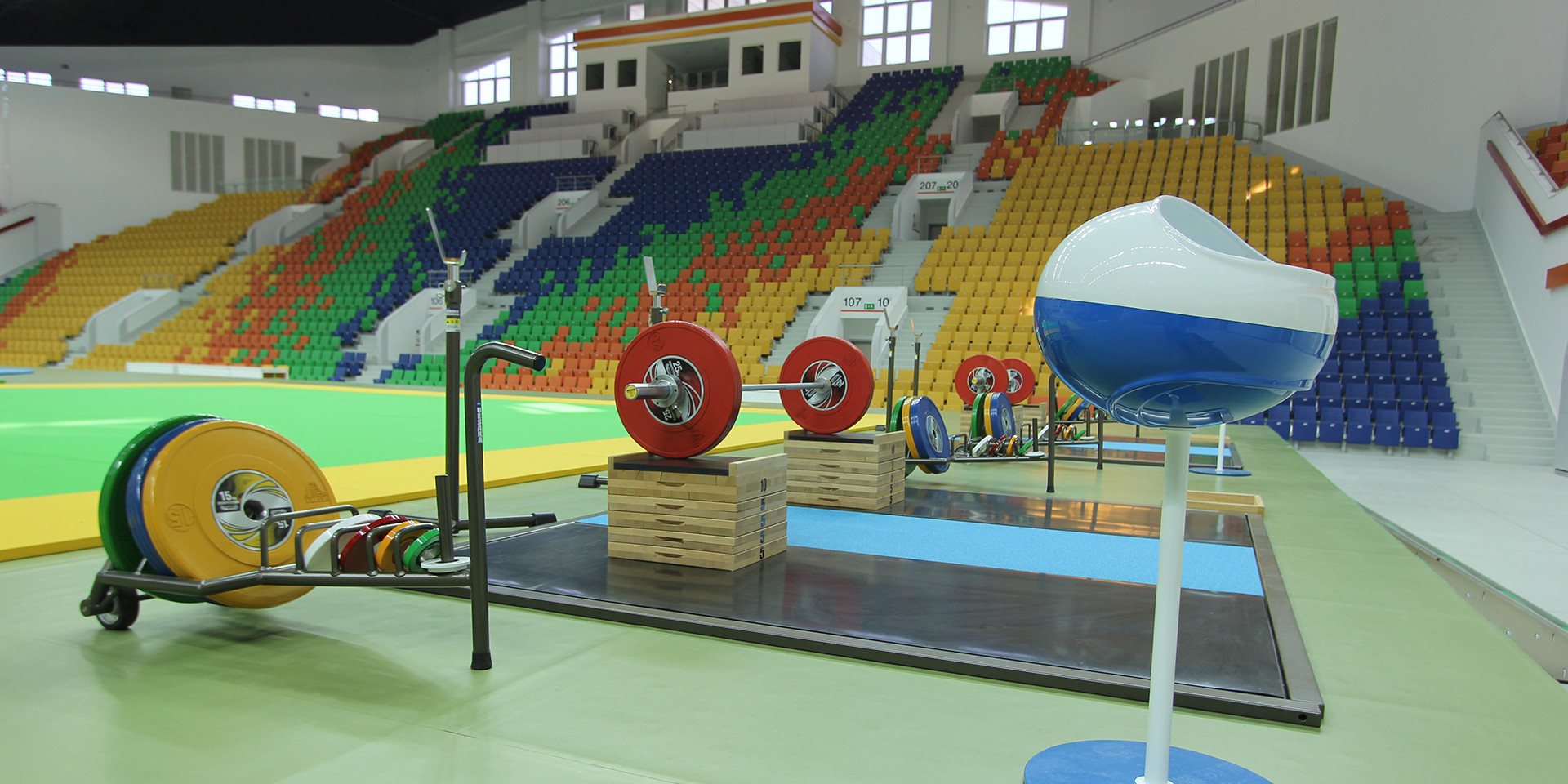 Liao had two chances to clinch the gold medal after watching from the Weightlifting Arena's rest area as Diaz confidently completed her last lift to take the lead.

She wasted no time in asserting her authority with her effortless lift of 115kg moving her into first place with a 208kg total.

It meant Diaz had to settle for the silver medal with 204kg and home favourite Kristina Shermetova the bronze with 196kg.

"I was confident but a little anxious,'' Liao said.

"I told myself to make the lift.

"It is very exciting to win the gold medal."

Liao is now turning her attentions to the 2017 World Championships, which are scheduled to take place in American city Anaheim from November 27 to December 5.

"I can be in the top three in the world," she said.

"I don't think that will be a problem."

Today's other weightlifting event was that in the men's 62kg category and saw Vietnam's Trinh Van Vinh triumph with a total of 302kg.

He won both the snatch and clean and jerk with lifts of 136kg and 166kg respectively.

China's Lei Haitao was the overall runner-up with 288kg after finishing third in the snatch with 131kg and fourth in the clean and jerk with 157kg.

Turkmenistan's Meretguly Sähetmyradow took the bronze medal with 287kg having come second in the snatch with 132kg and fifth in the clean and jerk with 155kg.

Alketbi defeated Iran's Masoud Hassanzadehvasoukolaei, who is 35kg heavier than him, to add to the ne-waza under 94kg gold medal he won yesterday.

"It’s a strategic game and you have to play smart.

"We played by the rules and we won."

The women’s open weight class final was won by Mongolia's Battsetseg Tsog-Ochir at the expense of compatriot Sugar Myagmar, 5-0.

Myagmar, the ne-waza over 70kg bronze medallist, had started the day by recording a major upset over 2015 and 2016 world champion Luma Hatem Sharif Alqubaj of Jordan.

Alqubaj's first loss to an Asian opponent ended with a sprained knee and the gold medal favourite had to leave the mat on a stretcher.

The UAE had eight podium positions today, including gold for Omar Mohammed Alwan Moha Alfadhli in the men's ne-waza under 56kg, to finish second in the Ju-Jitsu medal standings behind hosts Turkmenistan.

Turkmenistan ended on seven golds, seven silvers and five bronzes with their last victory coming in the women's ne-waza over 70kg through Aýsoltan Garçowowa.

They comfortably top the overall medal table with 43 golds, 28 silvers and 18 bronzes.

Iran are second with seven golds, four silvers and 15 bronzes, while Kazakhstan are third with six golds, six silvers and 10 bronzes.