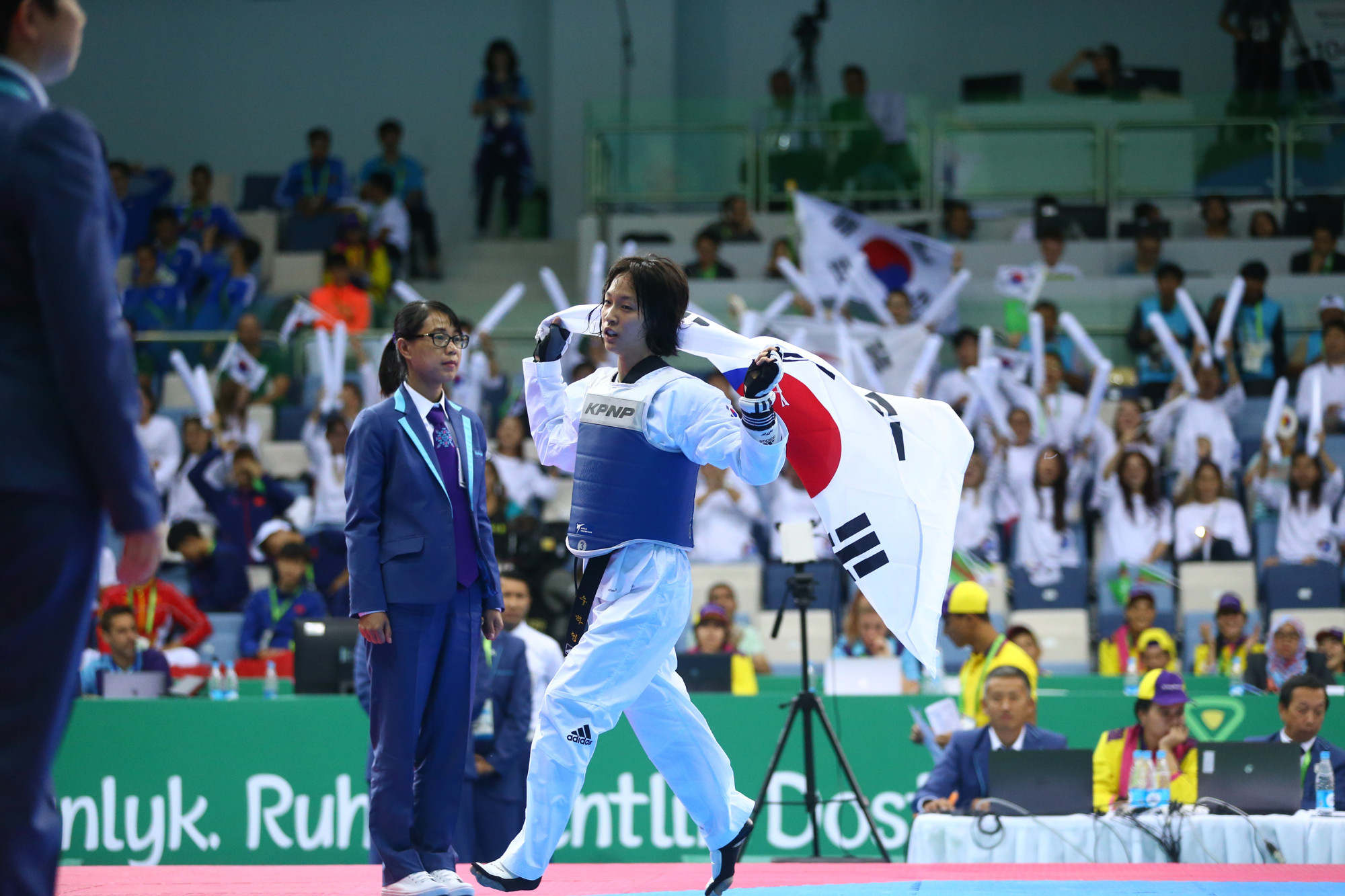 Harnsujin then put together a late surge to move 12-11 ahead and looked set for victory until Woo salvaged a tie in the dying seconds.

Golden point was a typically tense affair, but it was Woo that managed to hold her nerve and seal a 15-12 win.

The bronze medallists were beaten semi-finalists Dinorakhon Mamadibragimova of Uzbekistan and Mariska Halinda of Indonesia.

Favourite Kirstie Elaine Alora of the Philippines and Chinese Taipei’s Ma Ting-Hsia were the bronze medalls.

As was the case yesterday, Iran dominated the men’s events with Soroush Ahmadi and Saeid Rajabi prevailing in the under 63kg and under 87kg divisions respectively.

Klompong scored the first point, but it was not long until Ahmadi established a lead that he did not surrender throughout the remainder of the contest.

Much to the delight of his supporters, Rajabi then went onto register a match-winning two points in the additional period.

Occupying the third step of the under 63kg podium were Vietnam’s Nguyen Van Duy and Chinese Taipei’s Ho Chia-Hsin.

South Korea’s Bae Ilgyu and the Philippines’ Kristopher Robert Uy rounded out the under 87kg medallists.

After two days of taekwondo competition, Iran lead the medal standings with four golds and one bronze.

The third of five days of action is scheduled for tomorrow.