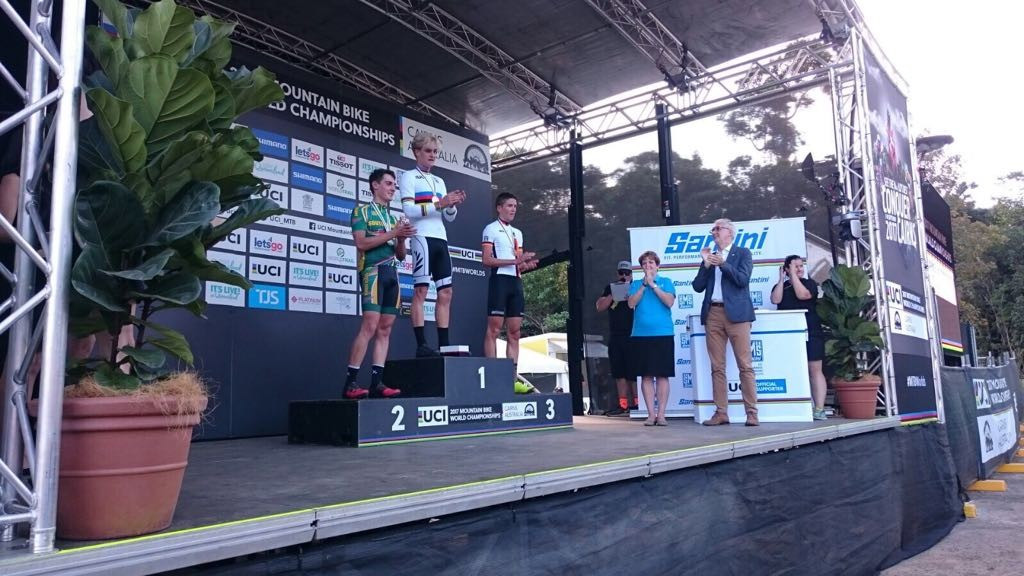 International Cycling Union (UCI) President Brian Cookson has claimed the success of the Mountain Bike World Championships in Cairns, Australia, underlines the growth of the sport, particularly in younger audiences.

The Briton is being challenged for re-election as the UCI President by France’s David Lappartient, a UCI vice-president and President of the European Cycling Union.

During a visit to Cairns, Cookson delivered a speech and hailed the part played by the UCI in growing mountain biking in his tenure.

“The UCI mountain bike competitions were in a very difficult position four years ago and at risk from disappearing from the calendar after a lack of central support and mismanagement," said Cookson.

“I am proud of the role the UCI has had in transforming these events, with the Mountain Bike World Championships now a key annual event and watched by huge audiences.

"Mountain biking engages young fans and we have put a lot of effort into our social media platforms so that they have ways to engage with the sport.

“The consequence is that the increasing attractiveness of the sport is having a positive impact on commercial sponsorship agreements, so there is more money, providing more opportunities for events and more stability for teams and riders."

As part of his re-election campaign, Cookson has pledged to drive growth across all of cycling’s disciplines, accelerate international development and champion cycling for transport and leisure.

He also wants to ensure there is equal opportunity for men and women to participate and compete, build on cycling’s "restored credibility" and ensure the UCI continues to "drive excellence in its operations".

Cookson vowed to continue the development of mountain biking if he is successful in his re-election bid.

“I plan to do even more if I am elected for a second term as UCI President to ensure that mountain bike thrives and grows in all its guises and maintains the profile that it deserves.”

In total, 527 riders representing 46 nations participated across the five days of competition.