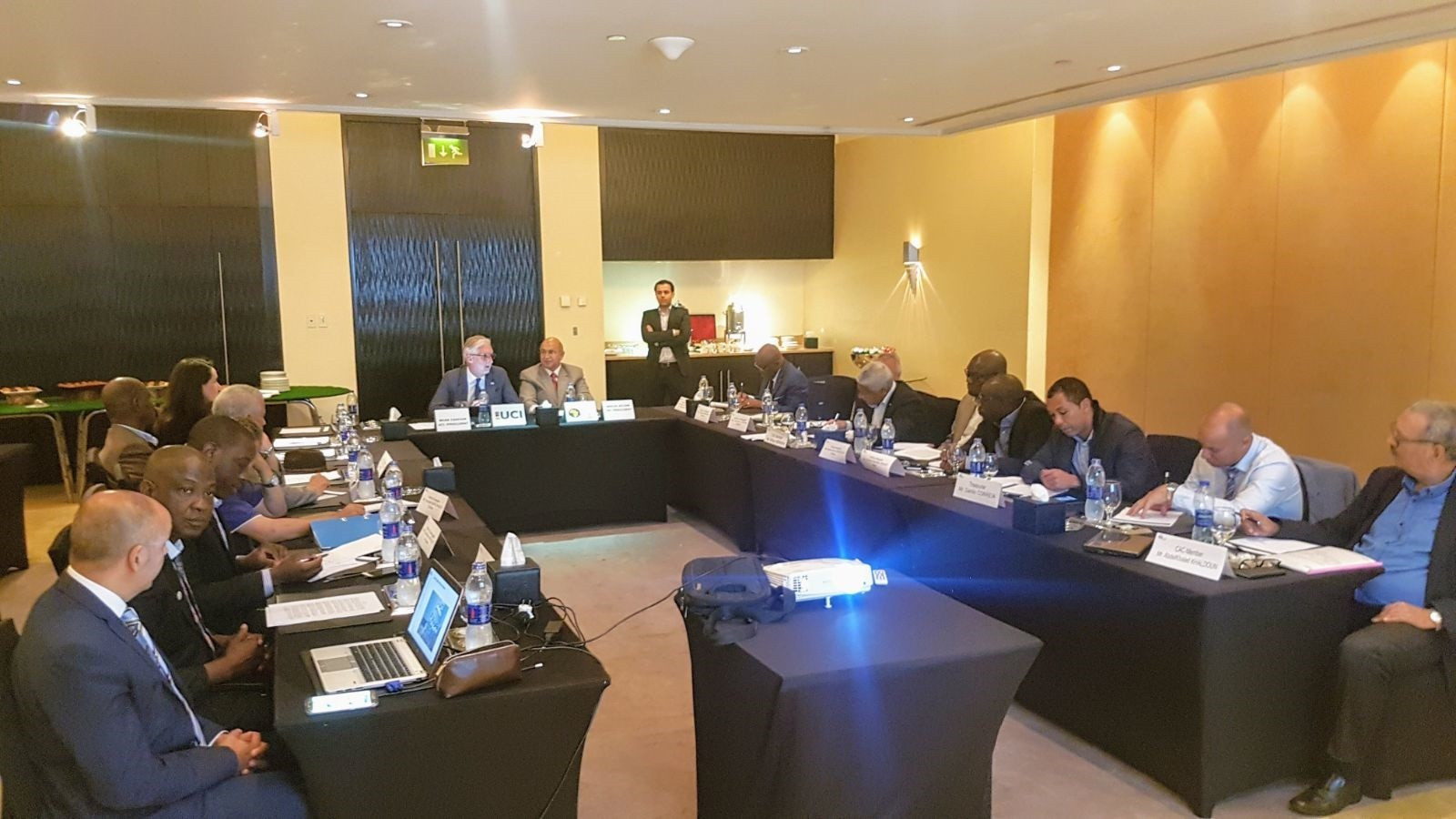 Brian Cookson has sought to boost his support in Africa by visiting Cairo as he seeks re-election as President of the International Cycling Union (UCI).

The continent will have nine voting delegates at the UCI Congress in Bergen, where Cookson will face the challenge of French rival David Lappartient, a UCI vice-president and President of the European Cycling Union.

The Briton pledged to increase funding for Africa and vowed to help develop National Federations if re-elected.

"I have shown over the past four years that I keep my promises and that Africa should be equal to other confederations, not treated as second class as had previously been the case," Cookson said.

"Over the next four years, I want to see that growth continue through increased funding both to stage world class and regional events and to provide the education and support which will help cycling in Africa develop from grassroots to elite level.

"I am committed to ensuring that Africa builds more satellite centres and has the tools and the facilities to inspire more young people to take up cycling for leisure and competition.

"The UCI’s financial strength has been transformed over the past four years and I will use that increased revenue to help drive National Federation and Continental Confederation development."

Cookson claimed, that under his leadership, the UCI has five new African members, with Chad expected to be next to join.

He also highlighted that African delegates have now secured places on the UCI Management Committee and several Commissions, with Egypt's Mohamed Wagih Azzam having  the first person from the continent to become an UCI vice-president

"We welcome Brian Cookson and his team and we had a superb meeting with the nine African voting delegates and management team," Azzam, President of the African Cycling Confederation, said.

"Mr Cookson has had a great impact on cycling in Africa and he has gained our complete respect.

"His vision for the next four years fits with our ambitions to grow the sport on our continent and we know he has achieved a great deal so far."

It has been thought that Cookson enjoys support in Africa, the Americas and Asia, while Lappartient is believed to have strong backing in Europe for the election, due to take place in Bergen in Norway on September 21.

A total of 45 delegates are due to vote at the Congress on September 21, with Europe having the largest bloc with 15 votes available.

Africa, the Americas and Asia each have nine voting delegates and Oceania three.