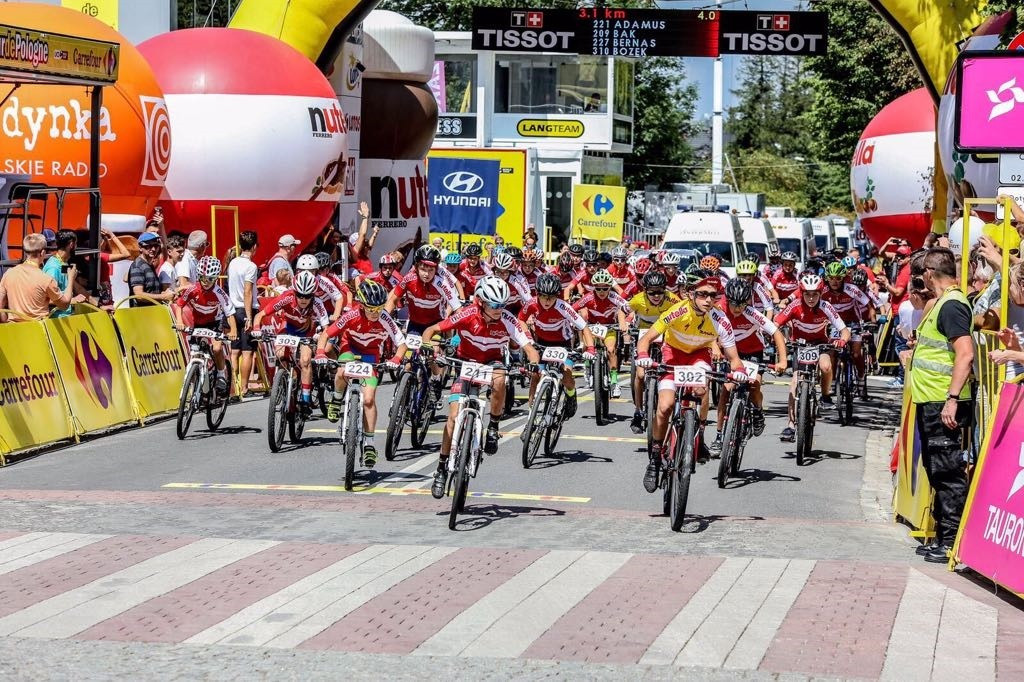 Brian Cookson has claimed major cycling events can encourage future generations to participate in the sport, following his attendance at the Tour of Poland.

After attending the Tour of Poland, Cookson expressed his view that the events surrounding the UCI WorldTour race were in line with his vision to get more people on bikes.

These events included amateur cyclists of all ages being invited to participate along the race route ahead of the elite competitors, with more than 2,500 participants.

A Mini Tour of Poland for children also took place with over 2,300 taking part.

Cookson praised Tour of Poland organisers and the Polish Cycling Federation for their work to develop the sport, lso suggesting their hosting of the 2019 World Track Cycling Championships could further aid their efforts.

"This event underlines how much passion there is for cycling in Poland and I have been delighted to see how much the Tour de Poland inspires young people, as we saw on the Mini Tour," Cookson said.

"The pro race, one for the amateurs and one for kids: these three events are perfect examples of the goals pushed by the UCI, to promote and expand cycling in all its forms, for all ages.

"Cycling for everyone is fundamental for the sport’s prosperity.

"As well as being used for a competitive sport, the bicycle offers a great means of transportation and opportunities for healthy recreational activities.

"We’ve recently published our Cycling for All manifesto which sets out the ambition, role and core activities the UCI will pursue to support cycling in all forms across the world.

"The manifesto demonstrates how cycling advocacy is being embedded into all areas of UCI activity, ensuring the organisation is a leading advocate for everyday cycling, working with partners from grassroots through to high level political engagement."

Cookson has also claimed a fulfilling a manifesto commitment made back in 2013 had led to the creation of the Elite European Championships.

Organised by the UEC, led by his election rival Lappartient, the first edition of the road championships was held last year in Brittany.

The second edition took place in Herning, with Norway’s Alexander Kristoff and The Netherlands’ Marianne Vos winning the elite titles in the Danish city.

Cookson stated his pledge during an Exceptional General Assembly meeting with the UEC to change the rules to help support the creation of the Championships had been fulfilled and aided the first two events.

"These Championships underline the commitments I made to European Cycling when I sought election in 2013," he claimed.

"I said four years ago that staging these events would enhance the global calendar rather than threaten other events and that has proved to be the case."

The UCI election is due to take place in Bergen in Norway on September 21.