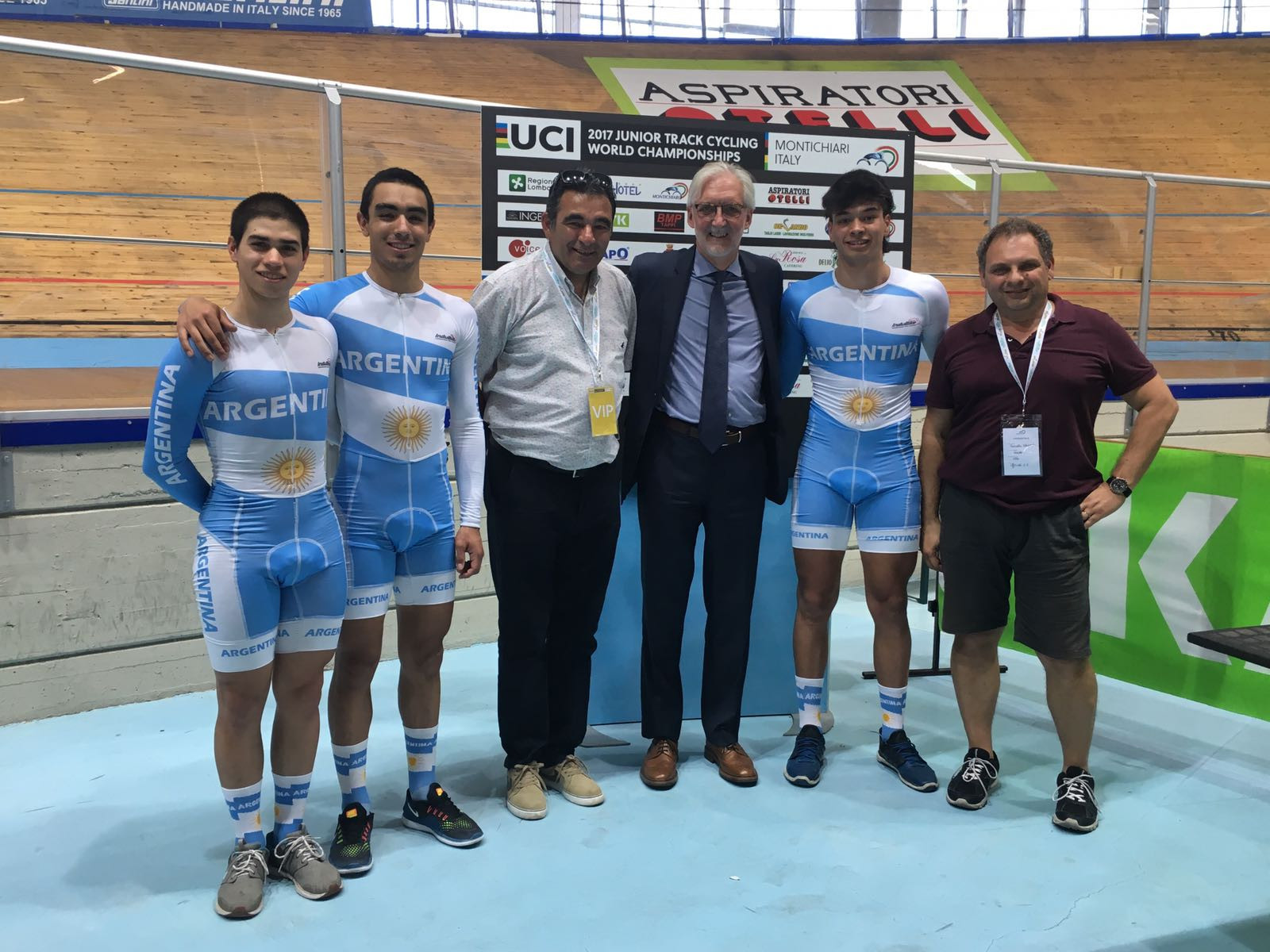 International Cycling Union (UCI) President Brian Cookson has praised the supposed growth of the age group ranks under his rule during a visit to the Junior Track World Championships in Montichiari.

The Briton, currently campaigning for re-election, spoke before the third day of competition at the Velodrome Fassa Bortolo in the Italian town.

He cited logistical support, as well as anti-doping education work, as ways in which the UCI have improved support for junior riders.

"Junior cycling is going from strength to strength and that can only be good to the sport in the future," Cookson said.

"Thanks to the huge progress we have made cleaning up the sport and establishing the UCI as an example of best practice, parents are no longer reluctant to see their children taking up cycling competitively.

"We have collaborated with the World Anti-Doping Agency (WADA) on a joint awareness programme entitled #IRideClean, to educate young athletes of the dangers of doping.

"We’ve funded a number of athletes to support their training, equipment and participation at the Junior Track World Championships, where recent editions have seen the UCI World Cycling Centre’s own trainees among the medal winners, not least Mongolia’s Tegshbayar Batsaikhan, who won gold in the men’s scratch Race in 2016."

His appearance comes as European cyclists continue to dominate.

Oleg Kanaka added the world junior title to his European crown today in the points race.

The Ukrainian clinched the gold medal with 38 points as Russian rival Ivan Gerasimov finished eight points behind in second.

Jb Murphy of Ireland took the bronze medal a further point back.

Times have not yet been published due to problems with the electronic timing system.

Letizia Paternoster of Italy claimed victory in the women's omnium with 125 points.

the bronze medal was won by Lea Friedrich of Germany.