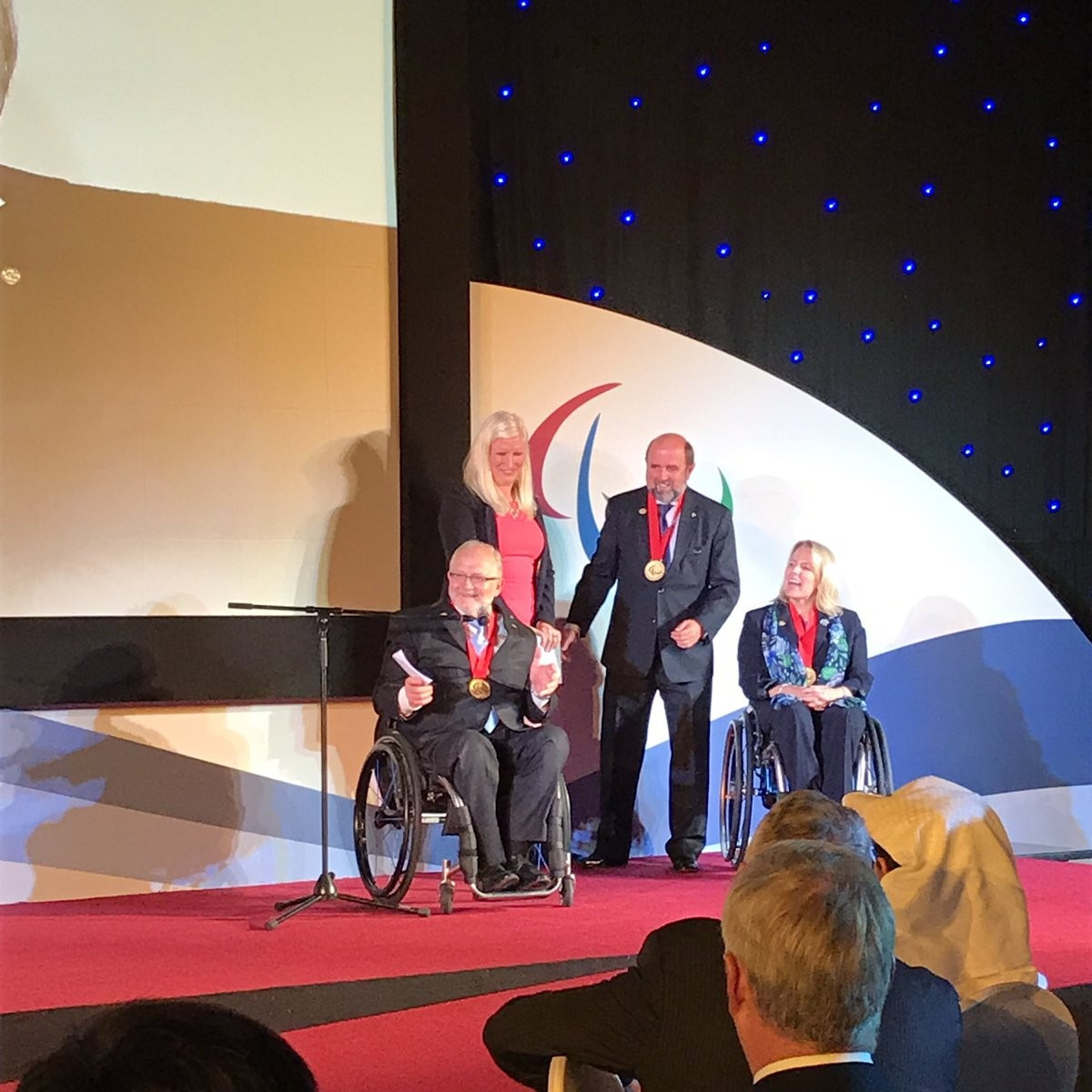 Sir Philip was confirmed as a recipient of the award for his achievements over the last 16 years at the head of the IPC.

His successor is due to be elected tomorrow with Brazil’s Andrew Parsons, Canada’s Patrick Jarvis, China’s Zhang Haidi and Denmark’s John Petersson all vying for the Presidential role.

Canadian Robert Steadward was elected as the founding head of the IPC, which replaced the International Coordination Committee of World Sports Organisations for the Disabled in 1989.

He was replaced 12 years later by Sir Philip, a former wheelchair basketball player.

"First elected in Athens, Greece, in December 2001, the 67-year-old British five-time Paralympian has, in his own words, transformed the Paralympic Movement’s global governing body from a 'disability sports organisation to one of the most highly respected sports organisations in the world'," the IPC says in a statement.

"Under Sir Philip’s watch, the IPC has developed a reputation for strong governance and integrity, growing Para-sport globally and staging sport events that transform and enrich the lives of millions of people around the world.

"Thanks to the leadership of the former wheelchair basketball player, the Paralympic Games have been re-positioned as a high performance sport event attracting millions of spectators and billions of TV viewers."

Sir Philip, appointed an International Olympic Committee member to represent the IPC in 2003, capitalised on a new constitutional structure introduced in 2005 which has led to his three four-year terms.

It allowed him to serve for 16 rather than 12 years.

In one of his final acts as IPC President, Sir Philip is due to present the Paralympic Order to three other recipients during this evening's Paralympic Sport and Media Awards.

International Wheelchair and Amputee Sports Federation President DePace will be recognised for the almost 50 years of work he has contributed to all levels of the Paralympic Movement.

Three-time Paralympian Nielsen will be awarded the honour after being said to have made a huge impact on the lives of people with an impairment from Board involvement to Governmental and legal advisory positions.

Nielsen, the chairperson of the Danish Sports Organisation for the Disabled Executive Board since 1979, became vice-president of the International Stoke Mandeville Wheelchair Sports Federation five years later.

Masson, a former top flight table tennis player and one of the most influential figures in Para-sport in France, has also been acknowledged.

In his role as secretary general of the French Disabled Sports Federation, Masson helped to create the National Paralympic Committee of France in 2009 and has done much to develop the Paralympic Movement in his native country.

At the 2017 Paralympic Sport and Media Awards, which are supported by Allianz, there will be 10 other presentations recognising achievements both on and off the field of play at the Rio 2016 Paralympic Games.