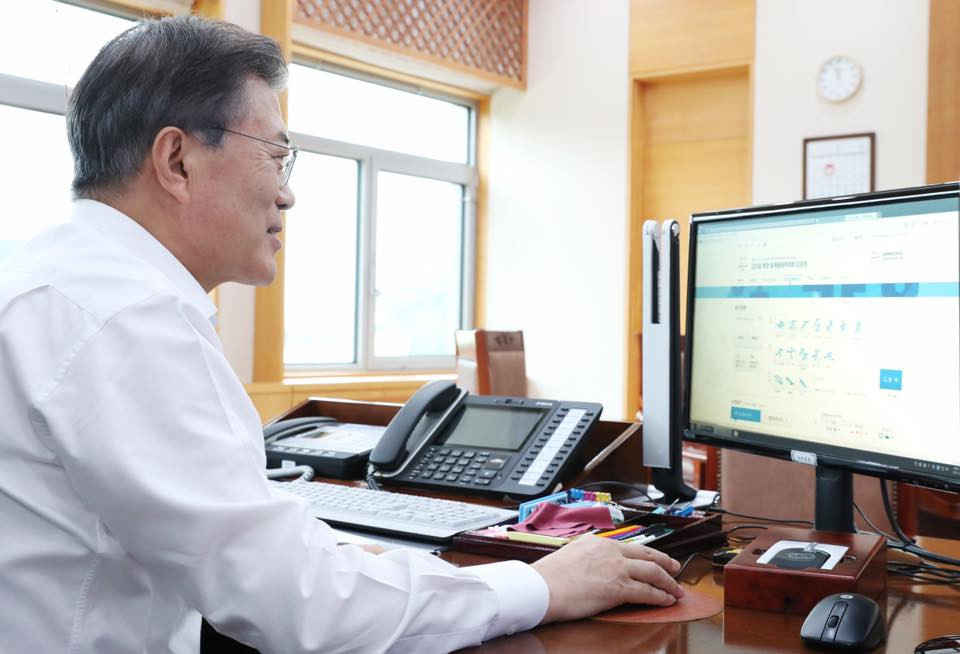 South Korean President Moon Jae-in has bought tickets for next year's Winter Olympics in Pyeongchang as organisers seek to promote the Games.

It was revealed earlier this month that only 22.7 per cent of tickets available for next year's Winter Olympics had been purchased so far with little more than five months to go until the Opening Ceremony.

The remainder sold so far have been bought by Authorised Ticket Resellers (ATRs) for international purchase - so are not necessarily yet in the hands of clients planning to attend the Games.

Only 52,000 have been sold in South Korea so far, of which 62 per cent were supposedly purchased in the Seoul Metropolitan Area and around 83 per cent by people aged between 20 and 40.

Fears had been raised about the level of promotion done by Pyeongchang 2018 for the Games but the organisers have now been able to count on support from Moon.

The South Korean President posted a photo of himself on Facebook buying tickets, shortly after the second round of online ticket sales began.

It was claimed that President Moon bought tickets to watch a figure skating event at the Olympics.

Organisers are now using a "top-down" approach, with President Moon writing to different Provinces to encourage them to begin efforts to sell tickets there.

A "full stadia"policy is still being pursued.

Officials are seemingly planning to do this by making more tickets available for corporate use, however, rather than by the tried and tested method of busing in local schoolchildren.

Concerns over international sales relate to the high price of package deals being promoted by ATRs which are thought to be pricing out many other potential ticket buyers.

There are also worries over the low numbers bought so far in China and Japan.

These are two key markets forecast to collectively contribute to 63 per cent of all international sales.

Heightened tensions between Seoul and Beijing over the crisis is also being blamed for a lack of promotion within China.

It has been claimed that Koreans are known to be last-minute buyers, which was a similar refrain before Sochi 2014 and Rio 2016.

The Olympic Games are due to take place from February 9 to 25.

A separate ticketing process in underway for the Paralympic Games scheduled for the following month.