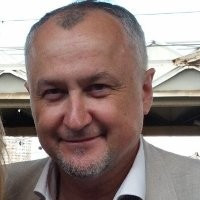 The Russian Anti-Doping Agency (RUSADA) has appointed Yury Ganus to the post of director general.

Ganus, who has a background in business, was approved from a list of around 700 candidates by a general meeting of RUSADA members in Moscow.

The 53-year-old will be tasked with making sure RUSADA is ruled to be compliant with international rules.

The body has been suspended by the World Anti-Doping Agency (WADA) since 2015 after evidence emerged that Russia was behind a state-sponsored doping programme.

As well as being banned from athletics at last year's Olympic Games, Russia was also barred from taking part in the Paralympic Games at Rio 2016.

"I see my main task as ensuring in the shortest time possible access for all Russian athletes and federations to participate in international competitions," Ganus, who is on the Board of Directors of shipbuilding company Sevmash, was quoted as saying by Sport 24 at the meeting.

He also stressed the need to "integrate RUSADA's work into the system of WADA".

"We also need to raise the level of trust in the Russian anti-doping system as a whole," he added.

Ganus described the role as "a challenge" and said he thinks working for RUSADA could become a "task for all my life".

Russia's Deputy Prime Minister Vitaly Mutko, quoted by Russian news agency Interfax, hailed the appointment of Ganus as "one of the latest steps in carrying out the road-map to reinstate RUSADA".

insidethegames revealed last month that RUSADA must fulfill at least 12 more criteria before they can be ruled to be compliant with international rules.

Among the leading requirements was that RUSADA’s Supervisory Board must select a new director general via a transparent, external and objective application and recruitment process overseen by two international experts.

Top of the "Roadmap to Code Compliance", a document published by WADA, is that the Russian Government - through the Ministry of Sport - must "publicly accept the reported outcomes” of the McLaren Report.

WADA claimed that the Roadmap has been developed and agreed with RUSADA, as well as the Ministry of Sport, the ROC and the Independent Public Anti-Doping Commission, a group headed by International Olympic Committee honorary member Vitaly Smirnov, a former Minister of Sport in the old Soviet Union.

Smirnov, though, has claimed they will not do what WADA is demanding and do not accept accusations in the McLaren Report, published in July 2016, that Russia was behind a state-sponsored doping programme and that it covered up positive tests before, during and after London 2012 and Sochi 2014 and several other major international events.

Tatyana Chirkina had been appointed acting director general of RUSADA in March, pending a permanent appointment.

It followed the departure of Anna Antseliovich earlier that same month.

Antseliovich took up the position in December 2015 after previous director general Ramil Khabiyev had left the role.