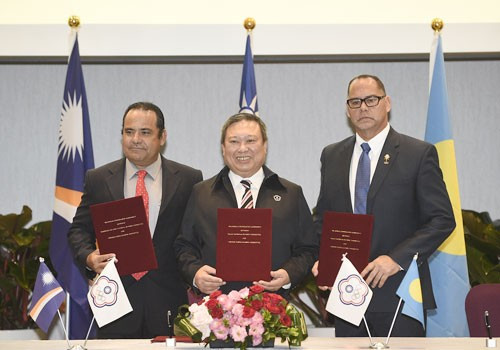 The Chinese Taipei National Olympic Committee (CTOC) has signed bilateral cooperation agreements with the governing bodies of the Marshall Islands and Palau.

The Oceania countries are the latest to join the CTOC's sports exchange programme which has seen it signs deals with 32 National Olympic Committees on five continents.

Training camps for athletes in the Marshall Islands have already been carried out by Chinese Taipei officials, while projects have also taken place in Palau.

It is thought that relations between Chinese Taipei and the Pacific nations will be taken to "new heights" following the deals.

Five athletes from the Marshall Islands represented the country at Rio 2016.

This was their third consecutive appearance at the Summer Games.

Palau has competed at every Summer Olympic Games since Sydney 2000.

At Rio 2016, the country sent five athletes to take part in four sports.