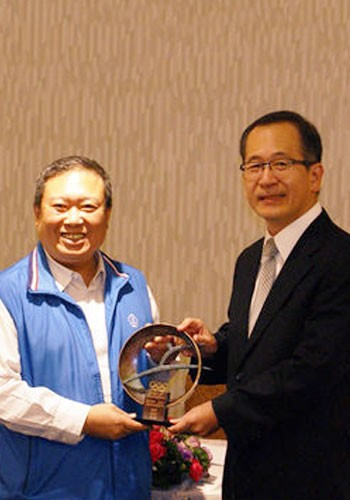 The President of the Chinese Taipei Olympic Committee (CTOC) Hong-Dow Lin has awarded the International Olympic Committee's Sport and Innovation Trophy to the country's Agency of Corrections and Ministry of Justice.

The honour comes after the work the organisations have carried out with young offenders, under the banner of "development of sport for all".

Both the Agency and Ministry hold sport courses at detention centres for youngsters across Taiwan.

Badminton courses have been held at the Juvenile Detention House in capital city Taipei, with basketball played at other venues on the island.

It is hoped the schemes will help with the youngsters' rehabilitation for when they are released back into society.

A main aim is to teach those at the facilities about teamwork and "positive attitudes" in life, through the use of sport.

It comes after the CTOC President invited a delegation from the Chinese Olympic Committee to Taiwan.

The official expressed his hope that the visit would provide an opportunity for Chinese athletes and coaches to share their experience and training expertise.