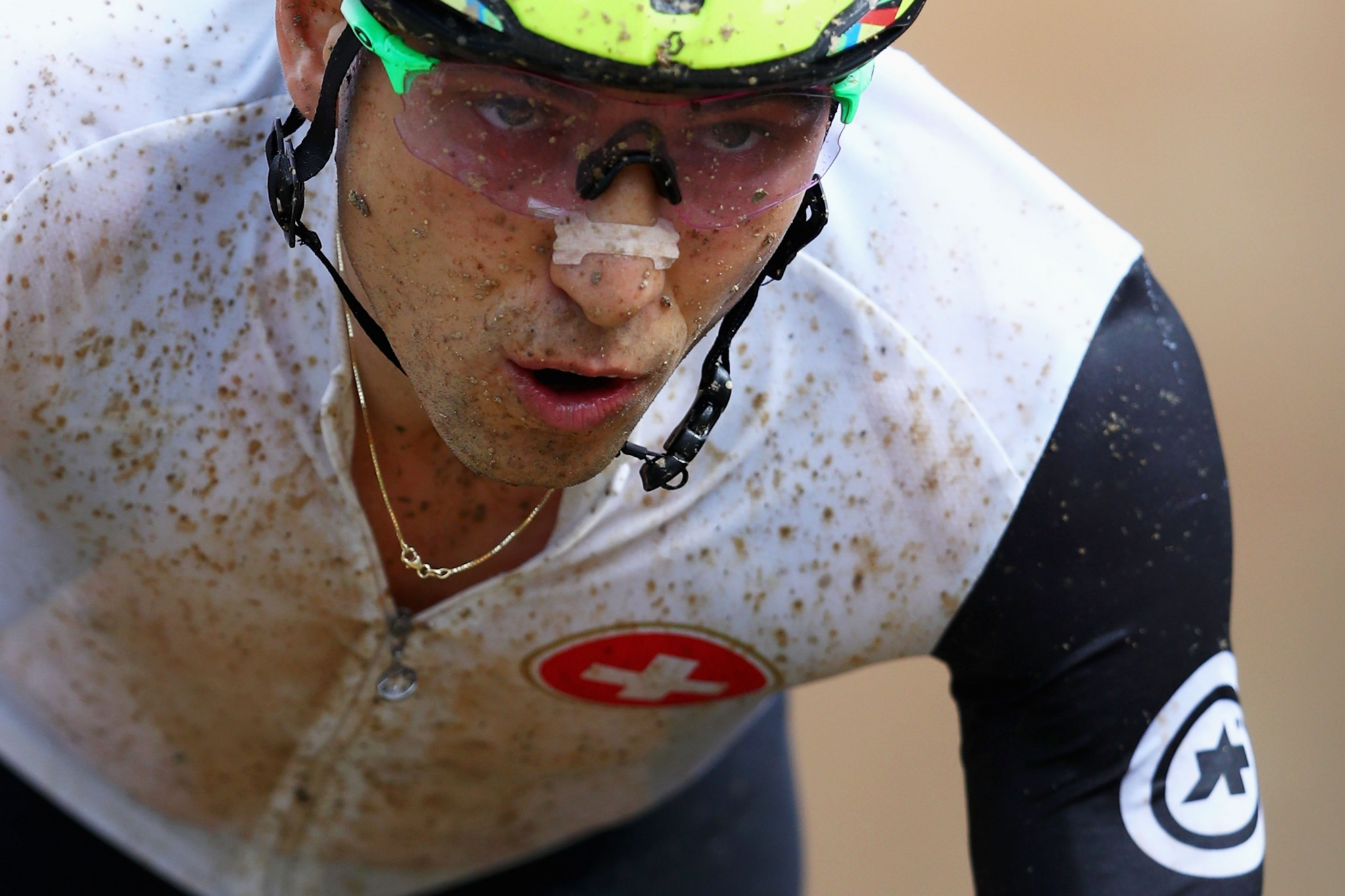 He triumphed in the men's cross country race today to claim a sixth successive victory from six starts.

The Swiss star was pushed by French duo Julien Absalon and Stephane Tempier before accelerating away on the final ascent.

The 31-year-old is now due to chase a sixth world title next month in Cairns.

Schurter has done it!

The perfect #UCIMTBWC season for the World and Olympic Champion.

What a race. What an athlete!

He finished 47 seconds behind the winner.

It marked her ninth World Cup victory but the first since her return following shoulder and hip injuries earlier this season.

Poland's Maja Wloszczowska was a distant third in 1:28:07.