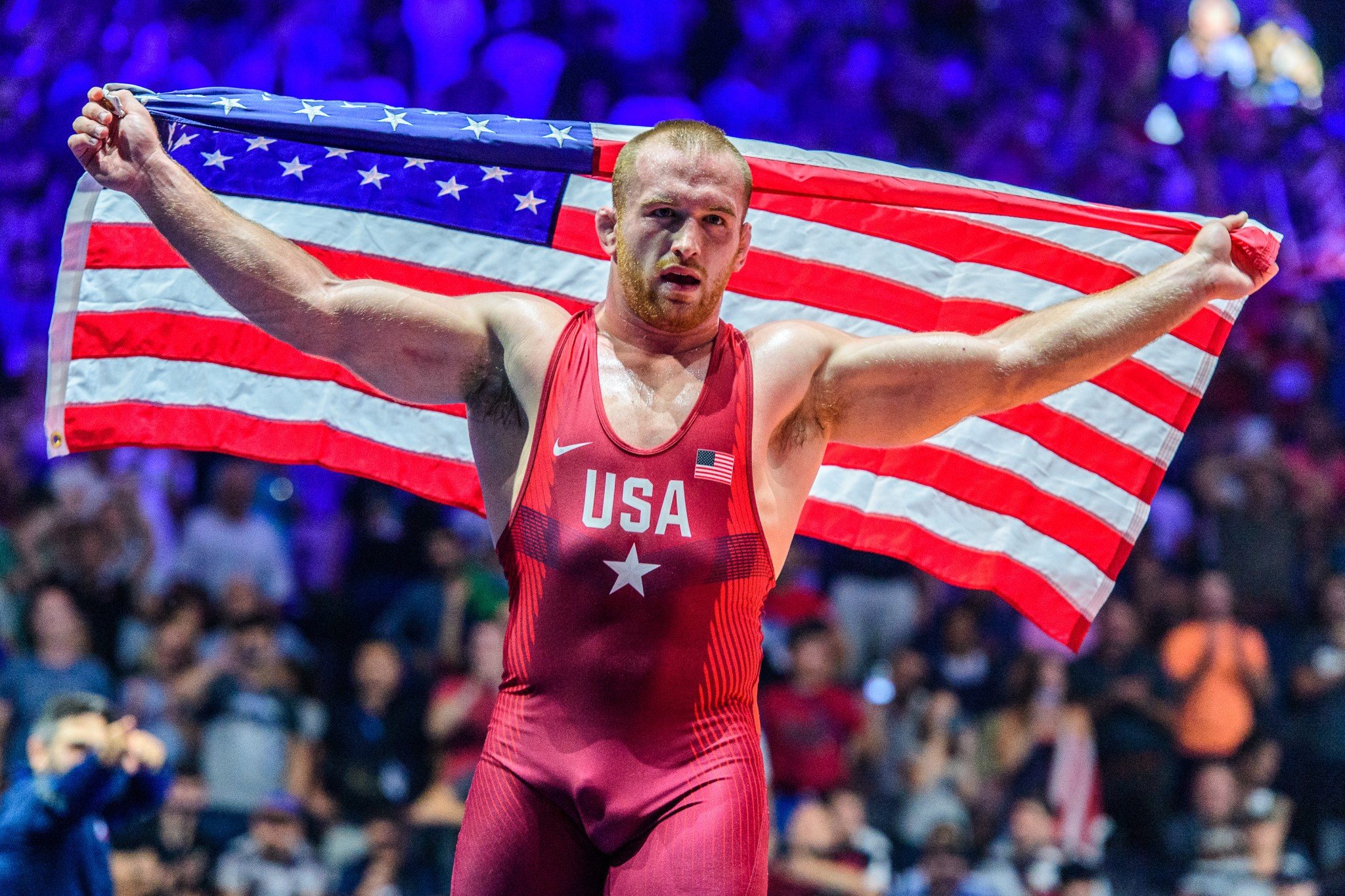 Olympic gold medallist Kyle Snyder of the United States defended his 97 kilograms title by dramatically beating Russian Abdulrashid Sadulaev in a contest billed as the "Match of the Century" during a fitting finale to the United World Wrestling (UWW) World Championships here.

Trailing 5-4 with 30 seconds to go, Snyder produced a superbly-executed throw to score two points turn the match on its head.

It was a lead the 21-year-old American did not relinquish as he saw out a thrilling triumph in a gripping encounter that lived up to its billing and pre-match hype.

The victory for Snyder handed him a second world title and ended the Russian's unbeaten streak at major events, stretching back to November 2013.

Sadulaev, winner of the Olympic gold medal at 86kg at Rio 2016 and a two-time world champion, had stepped up to Synder's level in the hope of dethroning the reigning champion.

It looked at one stage as if he would be successful until Synder toppled the Russian and cement his status as the best pound-for-pound wrestler on the planet.

Snyder's win also saw the United States crowned overall men's freestyle world champions for the first time since 1995, with Russia having to settle for second place.

The defeat for Sadulaev also meant Russia would go home without a gold medal from these Championships.

Earlier on a packed final day here, Snyder's compatriot Jordan Burroughs, the London 2012 gold medallist, sealed his fourth world title with victory over Russian Khetik Tsabolov in the final of the 74kg event.

Italy's Frank Chamizo, the Olympic bronze medallist and 2015 world champion at 65kg, claimed his country's first title of the Championships with a comfortable win against American James Green in the 70kg gold medal bout.

Organisers would have been forgiven for breathing a sigh of relief when the draw for the 97kg competition was done yesterday.

As a result of Sadulaev's decision to step up, he had no ranking points and was subsequently seeded 19th.

It raised the possibility that a showdown with Snyder would come in the preliminary rounds rather than in the final.

They were able to provide the match everyone wanted as they both sailed through the early stages on their way to set up a titanic clash for gold.

The American halved the deficit but fell two behind again shortly after before he responded before the buzzer.

With the match locked at 3-3 going into the second period, the tension within the Arena elevated but Sadulaev remained calm, throwing Snyder for two to seize control of the match.

A step-out from Synder got him back in it before the crucial moment where he countered an attack from Sadulaev to claim a takedown.

Burroughs arrived in the French capital desperate to make up for Rio 2016, where he finished only ninth.

The 29-year-old, world champion in 2011, 2014 and 2015, was in fine form from the start and progressed through the rounds to book a meeting with Tsabolov.

The American prevailed in a topsy-turvy encounter to record a 9-6 win.

Soner Demirtaş, the top seed, added to Turkey's haul at the event with the bronze medal as he overcame Jabrayil Hasanov of Azerbaijan.

Chamizo, who used to compete for Cuba before switching to Italy in 2013 after being banned for two years after failing to make the weight, was overwhelming favourite in the 70kg event.

He demonstrated exactly why with a series of classy displays, including in the final, where he eased to an 8-0 victory over Green, bronze medallist at the 2015 World Championships in Las Vegas.

Iakobishvili was the other athlete to finish top of the podium, emerging victorious in a wide-open 65kg division.

The Georgian tasted the first major success of his career to date with a narrow 2-1 win against Gadzhiev.

Japan finished top of the medals table with five golds, a silver and two bronze.

America were second with three medals of each colour.

Turkey were third with three gold, one silver and three bronze.