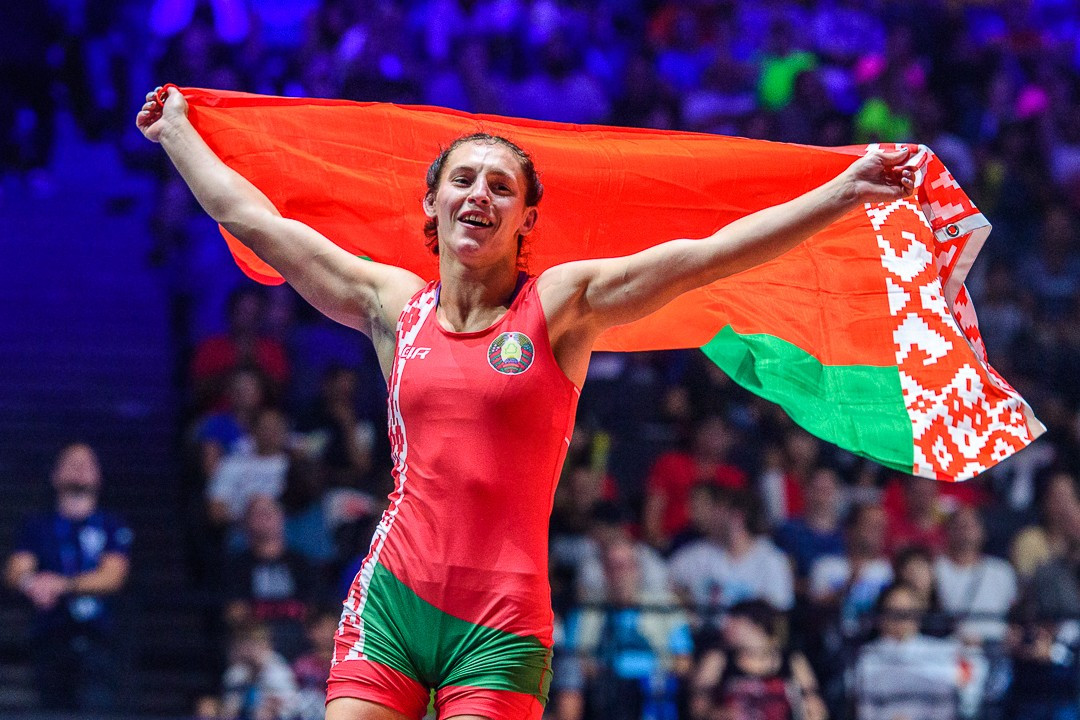 Olympic gold medallist Sara Dosho laid the platform for the Japanese hat-trick as she sealed the 69 kilograms honours with a comfortable win over Germany's Aline Focken in the first final of the night.

Yui Susaki, a three-time cadet world champion, then made it two from two for the Asian powerhouses by topping the podium in the 48kg category.

Mukaida, winner of the gold medal in the 55kg division at the World Championships for non-Olympic weights in Budapest last year, was unable to follow suit, however, as she fell to defeat to Kaladzinskaya in a thrilling 53kg finale.

This year's edition of the World Championships were the first since 2002 were Japan's team did not feature Saori Yoshida or Kaori Icho, winners of an amazing 23 world titles and seven Olympic gold medals between them.

The squad they have sent to the French capital, however, proved they are more than worthy of filling the shoes of their illustrious compatriots.

Dosho struggled early on before she found her form as the rounds progressed and eventually set up a meeting in the final with Focken, who claimed 69kg glory at the 2014 World Championships in Tashkent.

The 22-year-old demonstrated her immaculate defensive work and picked the German off on her way to a 3-0 victory.

Koumba Larroque, the 19-year-old who only lost out to Dosho on criteria in the preliminary rounds, secured France's first medal of their home World Championships beating Austria's Martina Kuenz.

It was then the turn of Susaki to prove she was capable of making the considerable step up from cadet level.

The 18-year-old came into the 48kg event as the favourite and did not disappoint, sweeping aside Romania's Emilia Vuc by technical superiority in the final.

Kim Son-hyang earned North Korea's first medal with victory over Victoria Anthony of the United States in the opening bronze medal encounter before Evin Demirhan of Turkey beat Viyaleta Chyryk of Belarus to join her on the podium.

The Japanese juggernaut was in full flow but it was halted by Kaladzinskaya in the 53kg competition.

Kaladzinskaya, crowned European champion earlier this year, won the world 48kg gold medal at the age of 18 but had not enjoyed any other success at global level until tonight.

Trailing 6-4 as the final with Mukaida veered towards its climax, Kaladzinskaya scored a last-ditch four-point throw out of nowhere to clinch the most dramatic of triumphs and leave the Japanese wrestler heartbroken.

Roksana Zasina of Poland also left it late in her bronze medal encounter with Pak Yong-mi of North Korea as she prevailed with a 3-2 win.

Maria Prevolaraki of Greece had earlier sealed the first bronze in the category as she beat Romanian Estere Dobre by fall.

Kawai, 63kg gold medallist at Rio 2016, had dropped down a weight since her triumph in the Brazilian city but was still widely tipped for the title at 60kg.

The 22-year-old breezed through her preliminary round contests and even found her final against Ragan fairly straightforward, dominating from start to finish as she recorded victory by technical superiority.

The performances from Japan saw them surge to the top of the medals table in front of Turkey.

Japan have six medals in total, including four gold, a silver and a bronze, while Turkey sit second with three golds and two bronze.