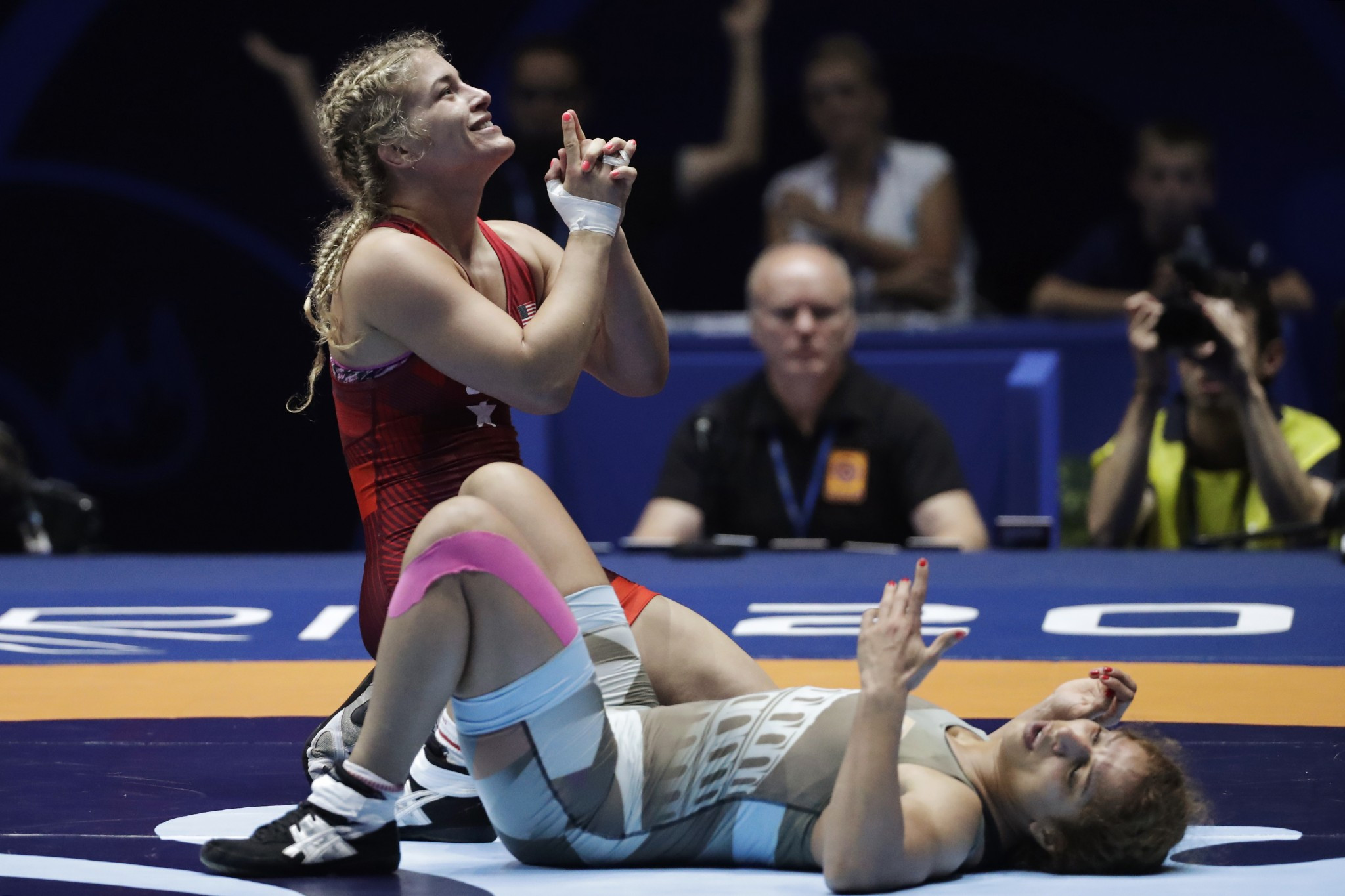 Helen Maroulis of the United States believes she has silenced her doubters after she surged to the women's 58 kilograms title without losing a point at the United World Wrestling (UWW) World Championships here yesterday.

The 25-year-old American told FloWrestling that her dominant performance, where she did not concede a point and ended with a 53-0 record, shows how her Olympic gold medal triumph at Rio 2016 was not a fluke.

Maroulis, winner of the first-ever women's 53kg Olympic crown, secured her second world title in style as she prevailed by technical superiority in all five of her bouts.

The American comfortably overcame Marwa Amri of Tunisia in the final to reassert her status as the best women's wrestler on the planet.

"This is really important for me," Maroulis said.

"This World Championships is really special for me.

"Because I heard people say that maybe I had a good day at the Olympics.

"Well, three years in a row I’ve achieved the goal that I set.

"So, this is really important to me to be able to come here and achieve my goals."

Maroulis, who has stepped up two weight classes since her Rio 2016 triumph, took seven months off after the Games in the Brazilian city after admitting she was suffering from post-Olympic depression.

She has also been hit with a number of injuries in recent months but showed no sign of that yesterday as she produced one of the all-time great performances.

"I reminded myself that I love this and I was healthy for another year.

"I had a lot of injuries after taking seven months off before coming back.

"To be here and to be healthy, it’s amazing.

"The women’s programme with Terry Steiner trusted me to take time off when I needed it and to come back when I was ready.

"I am really grateful for everyone’s support."