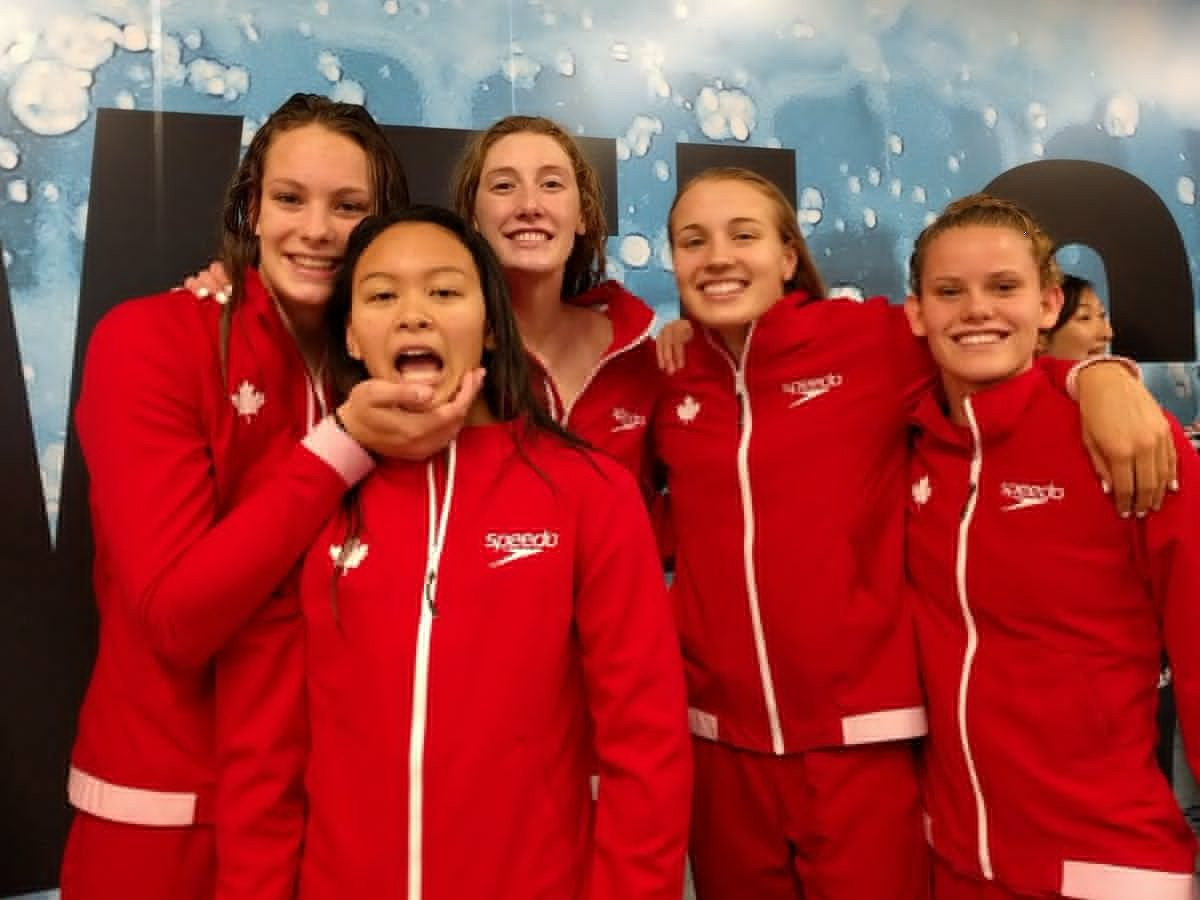 A Canadian team including reigning Olympic champion Penny Oleksiak obliterated the junior world record by more than five seconds as they won the 4x200 metres freestyle relay crown on the opening day of the International Swimming Federation World Junior Championships in Indianapolis.

Oleksiak, winner of the 100m freestyle crown in Rio de Janeiro last year, swam a blistering second leg of 1min 56.86 to open clear water back to the rest of the field.

This took more than five seconds off the mark set by the Australian team in Singapore two years ago and saw them finish 5.86 clear of second placed Russia.

"I think it was pretty exciting," Oleksiak said afterwards.

"Going into the race we were all pretty confident with what times we could go for and to come out with the gold medal and a world junior record is pretty awesome."

Hungary also won their first-ever gold medal in the history of the FINA Junior World Championships at the Indiana University Natatorium.

Poland finished second, 0.54 behind, with Australia a further 0.02 back in third.

Hosts United States endured a barren streak across both relays but did win the men's 400m freestyle courtesy of Andrew Abruzzo.

Fellow American Troy Freeman had the best time in the heats but finished just under a second behind Arbuzzo in 3:50.14.

Kojima's time of 4:39.14 was only 0.13 second off the world junior and championship record set by Rosie Rudin of Great Britain.

Sasaki swam 1.85 seconds slower than her team-mate to earn the silver medal.

Anja Crevar of Serbia took bronze 3.10 seconds behind the winner.