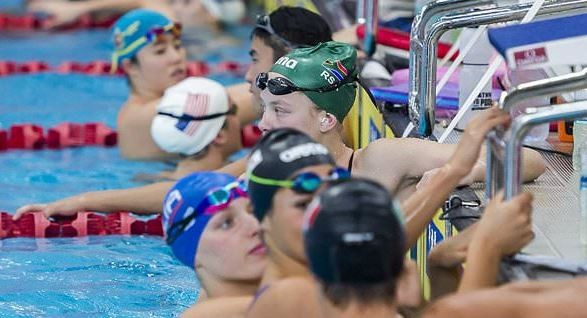 The 2017 International Swimming Federation (FINA) World Junior Swimming Championships are scheduled to begin tomorrow in American city Indianapolis, where around 630 athletes from 93 National Federations will compete across six days of action.

Hosts United States are due to be represented by 42 rising stars, comprising 18 boys and 24 girls.

They have elected five captains with Michael Andrew, Grace Ariola, Madison Homovich, Erica Sullivan and Reece Whitley all having the honour bestowed upon them.

He represented the US at the 2015 edition in Singapore, where he set a Championship record of 25.13sec in the 50m backstroke.

She also represented her country in Singapore two years ago.

Homovich, who has been competing for the US since the 2014 Junior Pan Pacific Championships in Maui in Hawaii, is the sixth seed in the girls' 200m butterfly and the 13th seed in the 400m individual medley.

Long-time USA Swimming partner Sigma Gamma Rho Sorority, Inc. will serve as the presenting sponsor of the event, which will provide an early look at young athletes who will vie for positions on their respective nations' teams for the Tokyo 2020 Olympic Games.

Swimming legends and Olympic champions such as Missy Franklin, Simone Manuel, Madisyn Cox, Cullen Jones, and Jordan Wilimovsky are expected to attend as spectators, cheering for the home athletes.

This year’s FINA World Junior Swimming Championships is the sixth edition of the event, which was first held in Brazilian city Rio de Janeiro in 2006.

Rio 2016 Olympic medallists from the US such as Ryan Murphy, Chase Kalisz, Josh Prenot, Kathleen Baker and Manuel have all made career debuts at the Championships.