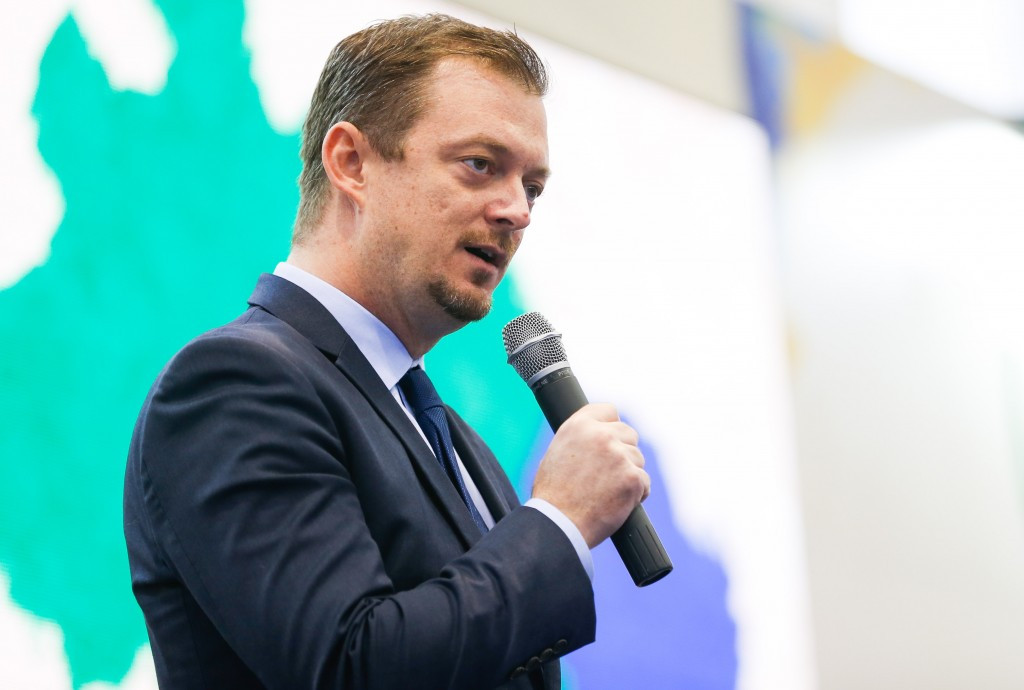 Brazil's Andrew Parsons promised an "International Paralympic Committee for all" as he released his manifesto to become the organisation's next President here today.

Parsons set out a vision at an event organised by London-based Vero Communications to unlock the Paralympic Movement's development and commercial potential as he seeks to succeed Britain's Sir Phillip Craven, head of the IPC since 2001 and has fulfilled his term limits.

He is aiming to build on the progress made in Para-sport following the successful London 2012 and Rio 2016 Paralympic Games, and has unveiled a 14-pillar plan.

Among his crucial points are a greater emphasis on Para-athletes, ensuring transparency, openness and dialogue, as well as a more professional athlete classification process.

Parsons, a current vice-president of the IPC, is one of four candidates for to replace Sir Philip as President, along with Canada's Patrick Jarvis, China's Zhang Haidi and Denmark's John Petersson.

"I am thrilled to unveil the vision and proposals of my campaign to become the next President of the IPC," he said.

"In highlighting an 'IPC for all' I am proud to say that my manifesto firmly positions a strong athlete voice at the heart of all that we would do in Paralympic sport under my strong and open leadership.

"Also, coming from a developing nation, I understand the possibilities that the participation in the Paralympic Games can offer to boost Para-sport in each and every country, and this passionate belief underpins much of my manifesto.

"Under Sir Philip's guidance and leadership, Para-sport has made tremendous progress in recent years, and the IPC has cemented its reputation as one of the most respected institutions in international sport.

"Our Movement, however, is only as strong as the performance of all our partners worldwide, and that is why if I am elected President, I will be resolutely focused on working in the best interests of each and every National Paralympic Committee and International Federation."

One of the pillars in Parsons' manifesto centres around his intention to bring the IPC closer to the International Olympic Committee (IOC).

A 16-year cooperation agreement between the two organisations was signed a year ago in order to enhance long-term associations between them.

The IPC's position to ban Russia from Rio 2016 due to doping allegations contrasted starkly with the stance taken by the IOC.

The latter opted to defer the decision on the extent of participation of Russian athletes at the Rio 2016 Olympics to the International Federations.

The IPC's choice to impose a ban on the Russian Paralympic Committee (RPC) was criticised by a number of organisations, iincluding Association of National Olympic Committees and several International Federations.

The differing stances of the IPC and IOC also seemed to elevate tensions between the two governing bodies.

"The IOC is our biggest partner and the 'One City - Two Games' model allows the IPC to provide the athletes with the best possible platform to inspire the world," Parsons, who played a key role in his home country's Paralympics, said.

"It is vital the IPC continues to strengthen relations with the IOC while also preserving our identity and distinctive elements.

"It is only by working together that we can reach the true potential of this partnership, including at regional and national levels.2

If elected, one of the first challenges awaiting Parsons will be the RPC's reinstatement.

Sir Philip warned last month that it would be "very unlikely" for Russia to compete at the Winter Paralympic Games in Pyeongchang next year if the suspension was not lifted by the IPC Governing Board meeting in September.

Parsons, a member of the Governing Board that imposed the ban, is hopeful the RPC will feature in South Korea.

"I think the situation with Russia is very clear," he said.

"We made a unanimous decision which I was strongly in favour of.

"The RPC and Government know the steps they must take in order to be reinstated as members.

"Of course, we want them back and we want the Russian Para-athletes to compete in competitions but they have steps to take.

"We hope at the next Governing Board meeting in September we can see some progress and then we must make a decision whether to reinstate them or not."