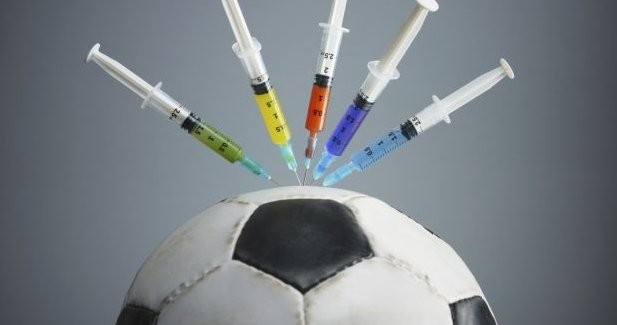 Files from the World Anti-Doping Agency were made available to download online today, with the group pledging to "dispel the myth about doping free football".

Fancy Bears has become known for its release of confidential information about a number of high-profile Olympic athletes, but this represents the first time they have specifically targeted football.

TUEs allow athletes to use otherwise banned substances to treat existing medical conditions, so there is no suggestion any of the players named have committed an offence.

The country with the most TUEs shown on the documents is Argentina, with five players named.

They include former Manchester United, Manchester City and Juventus striker Carlos Tevez, who now plays for Shanghai Shenhua in China.

Germany, who finished third in South Africa, have three players named, including former Bayern Munich striker Mario Gómez, who is now on the books of Wolfsburg.

Recently retired Dutch striker Dirk Kuyt, once of Liverpool, is another player to be named.

"Football players and officials unanimously affirm that this kind of sport is free of doping," Fancy Bears, who also released an image of a ball pierced by five syringes, said in a statement.

"Our team perceived these numerous claims as a challenge and now we will prove they are lying."

Fancy Bears have also claimed that 160 players failed drugs tests in 2015, rising to 200 the following year.

None of these players have been named.

The group's leaks have been widely condemned in global sporting circles.

Athletes they have previously targeted include British athlete Sir Mo Farah, who defended both his 5,000 metres and 10,000m Olympic titles at Rio 2016.

Spain won the 2010 World Cup, beating The Netherlands 1-0 in the final.