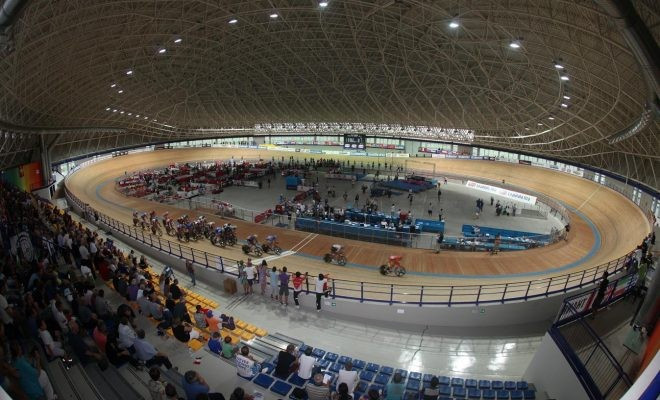 The 2017 edition of the competition is set to get under way tomorrow at the Velodrome Fassa Bortolo in the Italian town, located about two hours east of Milan.

The venue is the only indoor velodrome in the country and previously hosted the Championships in 2010, shortly after it opened.

Among them is Russia’s Maria Novolodskaya, who won the women’s individual pursuit crown in Aigle, Switzerland.

Home crowd attention will be on Letizia Paternoster as the Italian seeks to defend her points race title.

Along with Chiara Consonni, she will also be looking to repeat her gold medal-winning performance in the team pursuit.

New Zealand claimed the women’s team sprint title in 2016 and one member of that line-up, Ellesse Andrews, is part of the squad again.

Australia’s Jade Haines is also heading back to the Championships as the reigning Madison gold medallist.

In the men’s side of the event, there are only two returning world champions in the form of Russia’s Pavel Rostov and Dmitry Nesterov, two-thirds of the team sprint gold medallists last year.