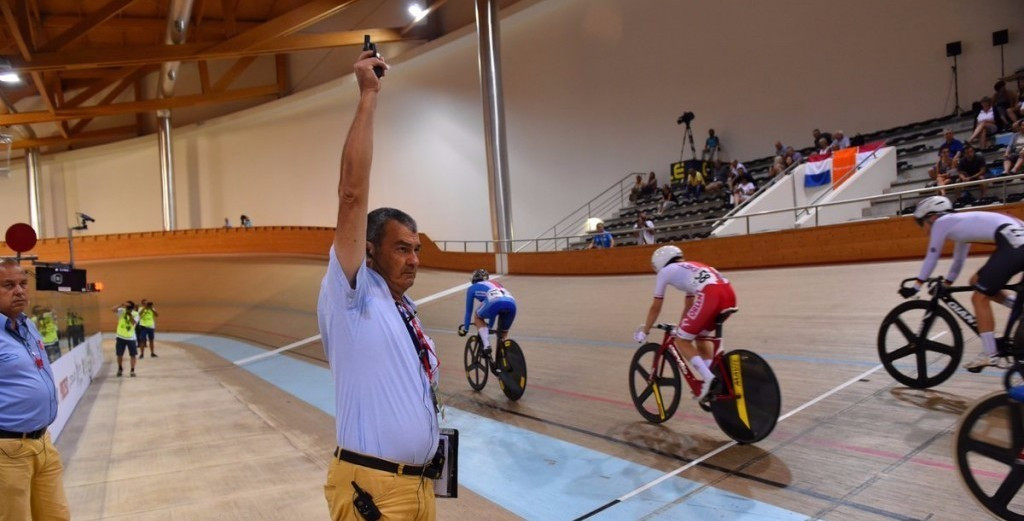 Germany’s Pauline Grabosch claimed women’s 500 metres time trial gold on the penultimate day of the European Track Junior and Under-23 Championships in Anadia.

The silver medallist in yesterday’s individual sprint finished top of the podium today, clocking a time of 33.703sec at the Sangalhos Velodrome.

The podium was completed by The Netherlands’ Kyra Lamberink, who ended with a time of 34.562.

A closely fought women’s omnium finished with Italy’s Elisa Balsamo winning the four event competition, ending on a tally of 140 after the concluding points race.

A GOLDEN spark to end the penultimate day!🥇

Ukraine’s Oleg Kanaka triumphed in the men’s junior points race, finishing the event with a total of 58.

The bronze medal was earned by Mauro Schmid of Switzerland with 34 points.

There was also Ukrainian success in the women’s event as Olha Kulynych triumphed.

In the women’s keirin, France’s Mathilde Gros added to her successes in the sprint and 500m time trial by taking victory.

She beat Italy’s Martina Fidanza and Britain’s Lauren Bate to the line.