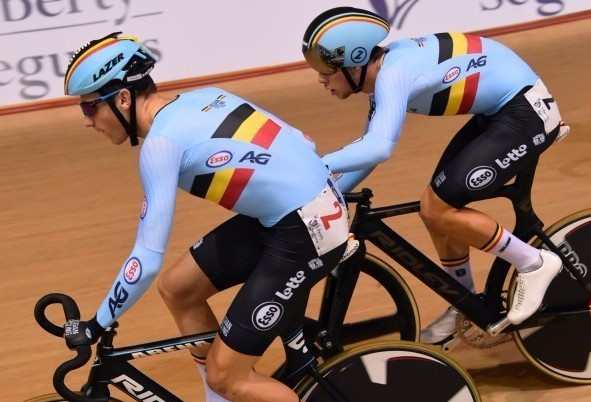 The Netherlands and Belgium collected two gold medals each on the final day of action at the European Track Junior and Under-23 Championships in Portugal.

Belgium were the first of the two countries to taste success today at the Sangalhos Velodrome in Anadia as Fabio van der Bossche and Nicolas Wernimont took home the men’s under-23 madison title with 37 points.

This put them 10 ahead of Czech pair Daniel Babor and Daniel Rybin, while Rhys Britton and Jake Stewart of Great Britain finished third a further point behind.

Lindsay de Vylder and Robbie Ghys got Belgium’s other gold medals with their success in the men’s junior madison after scoring 51 points.

Both of the Dutch team’s successes came in the under-23 keirin competitions.

Hetty van de Wouw claimed the women’s title before Harrie Lavreysen doubled up the golds for The Netherlands in the men’s race.

Italy also had a podium topping performance today in the women’s junior madison.

This saw the country finish on top of the medals table with 10 golds.