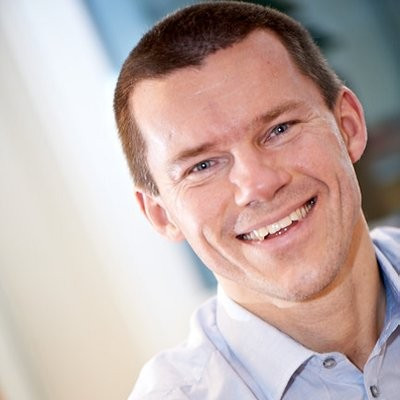 The Dane, a former Paralympic medal-winning swimmer who is also an experienced accountant, is one of four candidates vying to replace Britain's Sir Philip Craven.

He is up against Brazil's Andrew Parsons, Canada's Patrick Jarvis and China's Zhang Haidi.

"The Paralympic Movement is heavily dependent on the contributions from the International Olympic Committee and income from traditional marketing and broadcasting rights," Petersson wrote in a newsletter.

"However, as we look to the future of our Movement, it is important that more income streams are created so that we can ensure the inclusion and further development of all our athletes and nations.

"While the IPC recently secured some good sponsorship deals, I believe that we still can do more.

"Our revenues can never grow enough and more needs to be done to be able to support our mission of creating a more inclusive society for people with an impairment through Para-sport.

"Building on my experience as a businessman and entrepreneur, I plan to create new commercial opportunities and sources of funding for the IPC in order to better serve all our members and the Movement's cause."

A 15-time Paralympic medallist and six-time champion, ex-swimmer Petersson is also an accountant and former executive director at Ernst & Young in Copenhagen.

The ex-European Paralympic Committee President is also standing for the IPC vice-president position.

"I also believe that we need to intensify the IPC's efforts to collaborate with institutions such as the United Nations and the European Union where a wide array of opportunities for funding exist," Petersson added.

"As your President, increasing our revenue streams, both from commercial opportunities as well as funding from institutional partners, will be a priority on my agenda.

"With my business background and contacts, I am confident in my ability to champion the IPC towards more revenues to support our Movement."

An election is taking place at a General Assembly in Abu Dhabi on September 8.

Sir Philip is not eligible to stand after serving as President since 2001.