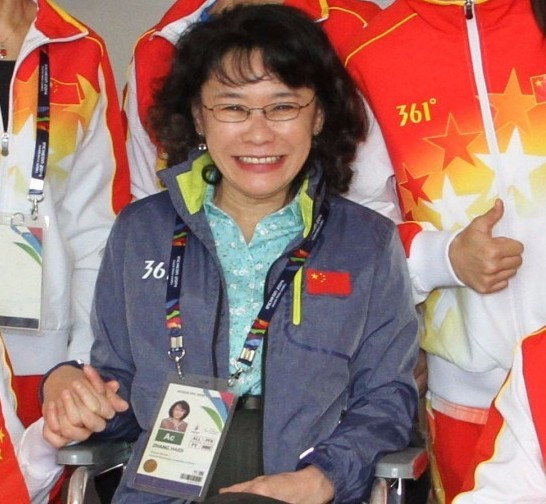 International Paralympic Committee (IPC) Presidential candidate Zhang Haidi is aiming to improve the lives of people living with an impairment all over the world if elected.

The Chinese official is a former 10 metres wheelchair air pistol shooter who is also serving as Executive President of the Beijing 2022 Winter Olympic and Paralympic Organising Committee.

She is locked in a four-horse race with Brazil's Andrew Parsons, Denmark's John Petersson and Canada's Patrick Jarvis to replace Britain's Sir Philip Craven in the top job.

“As a Chinese woman living with an impairment, I share the hope, fear and pain of my fellow men and women living in this condition,” Zhang said.

“And as the leader of China’s national Paralympic Movement, I have helped transform the life chances of my country-people.

“We have laid solid foundations.

“But the challenge has just begun, it will not be complete until all those living with impairment enjoy access to better lives through sport.

"I am uniquely equipped to lead this challenge."

Zhang, also a longstanding chairperson of the China Disabled Persons' Federation, was considered a surprise contender for the top job in Paralympic spot after insidethegames broke news of her nomination shortly before the deadline last month.

She has appointed London-based marketing agency M-is to help run her international campaign.

M-is also worked for Budapest's bid for the 2024 Olympics and Paralympics until it was abandoned earlier this year.

“My candidature is about building on those foundations by tackling the next big challenge - extending the reach of the Movement.

"My promise now, as candidate to lead the IPC, is to take the life-changing possibilities of Para-sport to every corner of every continent.

“I have integrity and strength.

"I believe that the IPC President should be of such quality, and should demonstrate outstanding leadership and proven ability to manage financial and human resources.

“I have what it takes to lead the IPC.

"My goal is to give the Paralympic Movement new reach and new impact: to inspire everyone everywhere."

An election will take place at the IPC General Assembly in Abu Dhabi on September 8.