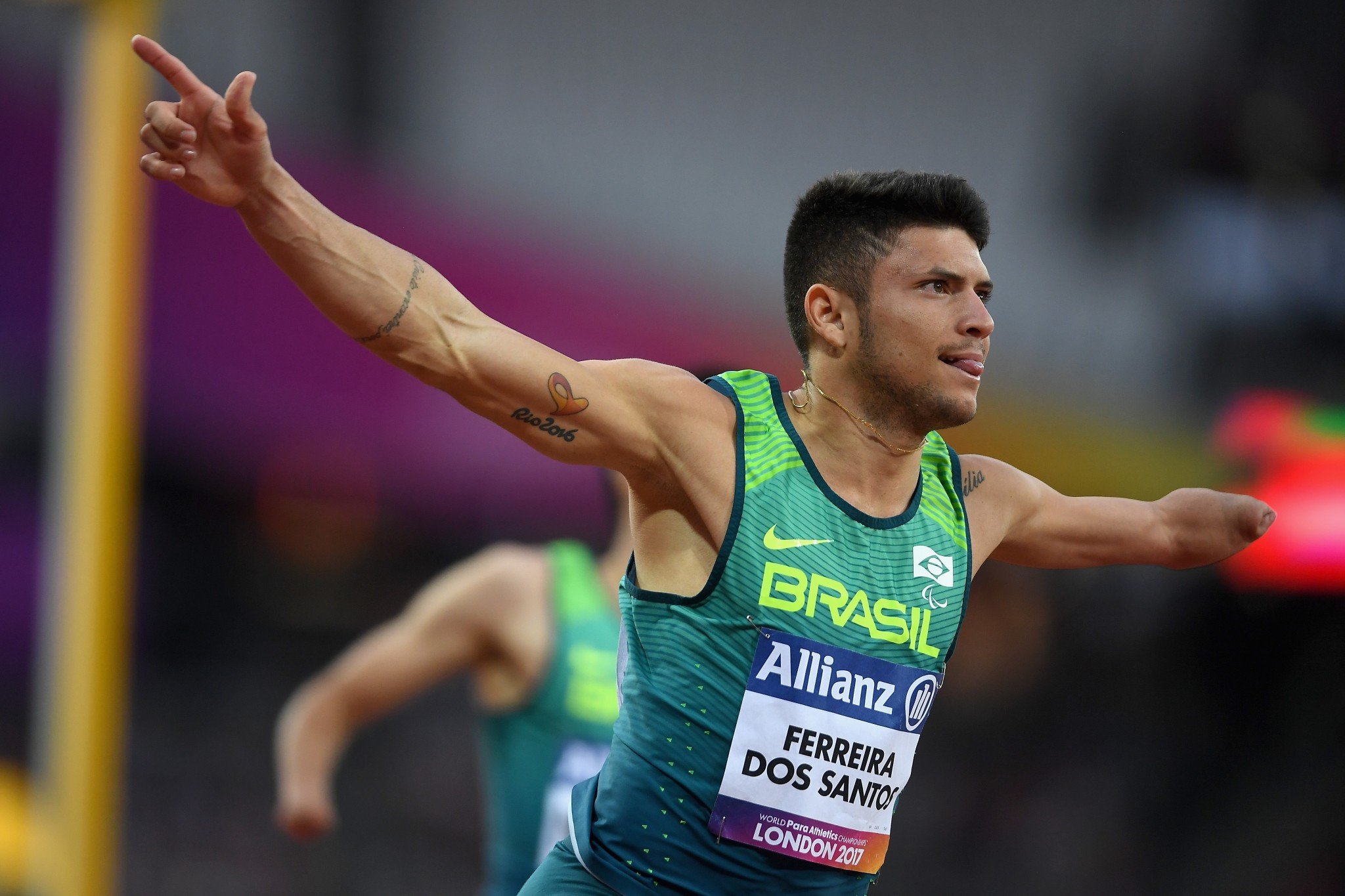 The 20-year-old beat the marks he already held himself to win gold medals in the T47 100 metres and 200m at the Olympic Stadium.

Ferreira, who won three medals at his home Paralympics in Rio de Janeiro in September including gold in the T45/46/47 100m, clocked 10.53sec over the shorter distance in London.

Ferreira, who had his arm amputated at the age of two following an accident with a grinding machine, is now one of the biggest Para-athletes in Brazil.

He had been trying to imitate his father, who was using the machine to grind grass to feed to cows at their farm.

The Brazilian received 40 per cent of a public vote conducted on the IPC website to win the monthly prize.

Danish athlete Daniel Wagner was third with 19 per cent after winning his first world title in the T42 long jump in London, only 12 hours after claiming a silver on the track in the T42 100m.

De Groot won the women's Wimbledon title and McFadden, a seven-time Paralympic gold medallist, won all four of her events in London despite suffering with blood clots this season.

Nominations for the award are compiled after submissions by National Paralympic Committees and International Federations, before the public vote.