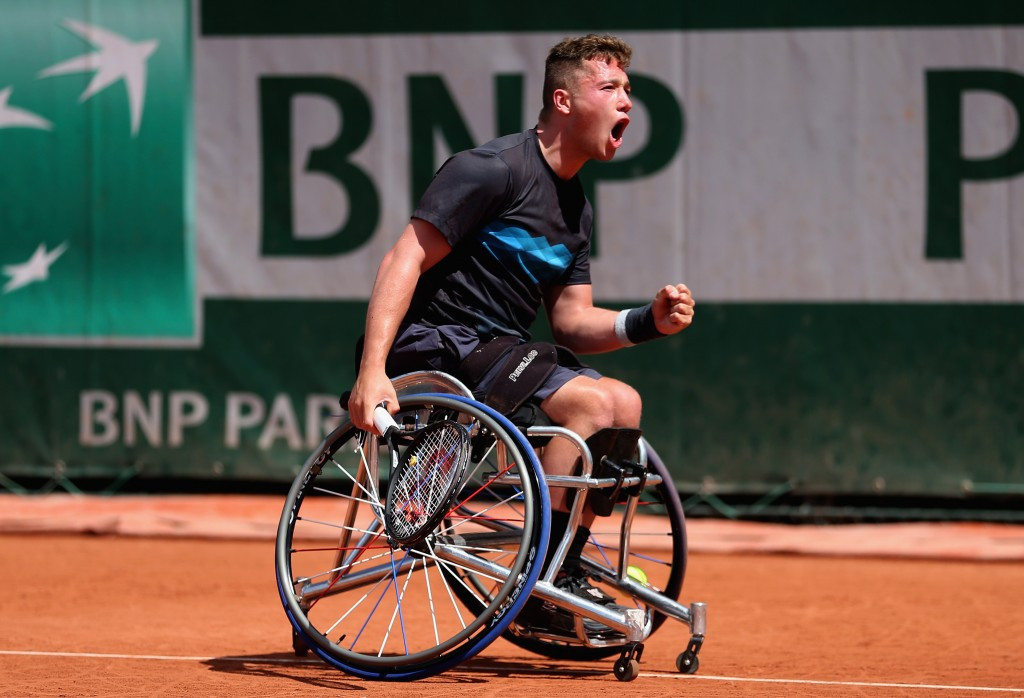 Hewett earned his maiden Grand Slam title last month, with the 19-year-old coming from a set down to beat Argentina’s defending champion Gustavo Fernandez 0-6, 7-6, 6-2 in the men’s French Open final.

“Winning Roland Garros was a special moment for me," he said.

"I have enjoyed the time I had after to celebrate but now it is back to focusing on the tennis and getting prepared for Wimbledon.

“I will never forget that week, I had some family there which meant a lot to me, and also the tennis there had so many positives to come away from.”

Sandberg was named as the most valuable player at the European Wheelchair Rugby Championship in Koblenz in Germany.

He scored 88 goals during the tournament as his team fell short of claiming the gold medal, losing 49-41 to Britain in the final.

Having finished in second place, Sweden secured qualification for the 2018 World Championships.

The Netherlands’ wheelchair basketball player Mariska Beijer came in third with 12 per cent.

Beijer was the leading scorer at the European Wheelchair Basketball Championships in Tenerife, as the Netherlands secured the women’s title.

She scored 26 points during the competition, helping her team to regain the European title from rivals Germany, winning the final 61-56.