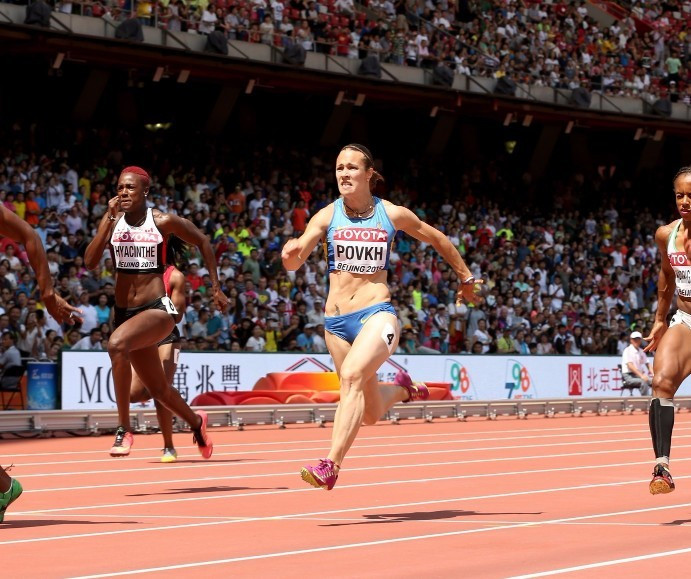 Their provisional suspensions were announced by the Athletics Integrity Unit (AIU) here today.

Povkh won bronze medals in the 4x100m relay the 2011 World Championships in Daegu and the 2012 Olympics in London.

She won the 60m at the 2011 European Indoor Championships in Paris before taking silver at this year's event in Belgrade.

It has not been announced yet what substances Povkh and Zemlyak tested positive for.

"The provisional suspensions have been imposed following each athlete being charged with an Anti-Doping Rule Violation for the use of a prohibited substance," the AIU said.

"Each athlete is now afforded the right to a hearing to determine the charge in accordance with IAAF Rules.

"The two athletes shall remain provisionally suspended until the outcome of their respective cases."

Ukraine have the second worst recent doping record in athletics behind Russia, which must be an embarrassment for IAAF senior vice-president Sergey Bubka.

A total of six Ukrainian athletes have so far been retrospectively disqualified from London 2012 following re-analysis of their doping samples.

The most notable name was Oleksandr Pyatnytsya, winner of a silver in the javelin before being stripped of the medal in February 2016.

Others included Lyudmyla Yosypenko and Tetyana Hamera-Shmyrko, fourth and fifth respectively in the heptathlon and marathon at London 2012,

Anna Mishchenko and Svitlana Shmidt also lost the silver medals they had won in the 1500 and 3,000 metres steeplechase respectively at the 2012 European Championships following the retests.

In April, the Ukrainian Athletics Federation apologised to the IAAF and World Anti-Doping Agency for an embarrassing mix-up after they appeared to promise athletes that they would avoid punishment if they admitted using banned drugs.

it followed the uploading of a story on their website promising that if athletes "voluntarily confess" to taking drugs during a month-long period then they would avoid any public sanctions apart from a "quarantine (temporary suspension from competition) for the period taken for traces of banned substances to leave the body".

They claimed the article was a "mis-communication" and removed it from their website.