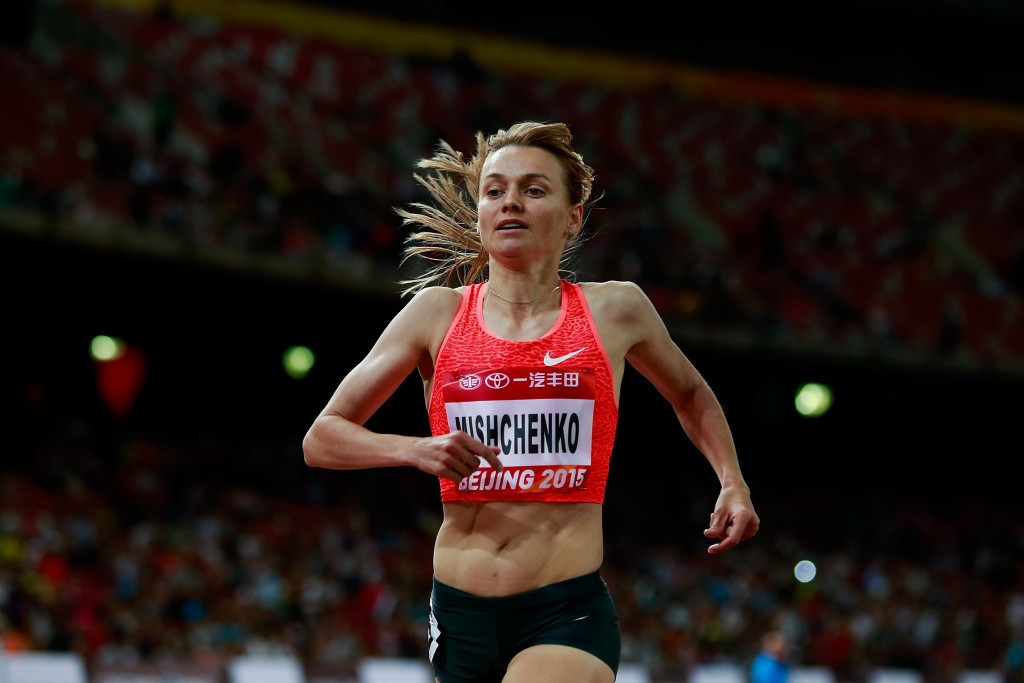 Ukraine's Anna Mishchenko has been stripped of her 1500 metres silver medal at the 2012 European Championships in Helsinki after being handed a two-year doping ban for an adverse athlete biological passport (ABP) finding.

Mishchenko, ninth in the Olympic 1500m final at Beijing 2008, had originally crossed the line third in the Finnish capital in 4min 07.74sec behind Turkish pair Aslı Çakir Alptekin and Gamze Bulut.

Çakir went on to claim the Olympic gold medal in London before being stripped of both results and handed an eight-year ban for a second doping failure.

Bulut, the runner-up at London 2012, moved up to gold while Mishchenko shifted up from bronze to silver.

Russia's Yekaterina Gorbunova, fourth across the line in Helsinki, has also been stripped of her result due to a doping failure.

That means Nuria Fernandez of Spain and Diana Sujew of Germany are set to move-up to silver and bronze, despite originally finishing fifth and sixth.

A European Athletics spokesperson has confirmed to insidethegames today that the medals will be redistributed for a second time.

Mishchenko's ban was confirmed in a latest list of sanctioned athletes published today by the IAAF.

Çakir was among athletes involved in an attempted extortion plot involving a bribe being paid in return for her adverse findings being overlooked.

This relates to the ongoing French police investigation against a cabal of officials, including former IAAF President Lamine Diack.

Other athletes sanctioned as a result of adverse findings in their ABP according to a new list published today by the IAAF, include Morocco's Rkia El Moukim, 10th in last year's London Marathon.

She also received a two-year ban and loses all results since 2011.

Four Russians whose suspensions were announced by the All-Russia Athletic Federation and the Russian Olympic Committee last month are also included on the list.

She had been promoted to the silver medal in the 800m at the 2012 European Championships after originally finishing third behind another Russian, Yelena Arzhakova, who was later banned for two years in 2013 after abnormalities were found in her biological passport.

Britain's Lynsey Sharp has now been upgraded to the gold medal.

Race-walker Anna Lukyanova, a silver medallist at the 2010 World Junior Championships in Moncton, is also handed a two-year ban.

She is joined by middle-distance runners Maria Nikolaeva and Elena Nikulina, each banned for four years.

The list was published a day before a proposed Court of Arbitration for Sport hearing against Olympic 3,000m steeplechase champion Yulia Zaripova.

She has been handed a doping ban meaning she would lose her London 2012 title but not her 2011 World Championship gold medal.

This verdict is being challenged by the IAAF.