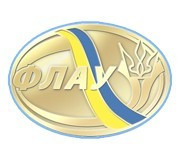 Ukraine have been forced to apologise to the International Association of Athletics Federations (IAAF) and the World Anti-Doping Agency (WADA) following an embarrassing mix-up after they appeared to promise athletes that they would avoid punishment if they admitted using banned drugs.

The Ukrainian Athletics Federation (FLAU) uploaded a story on to their website last month which promoted a month-long amnesty period due to expire on April 3, Associated Press reported.

it promised that if athletes "voluntarily confess" to taking drugs then they would avoid any public sanctions apart from a "quarantine (temporary suspension from competition) for the period taken for traces of banned substances to leave the body".

Secret bans are against the rules of WADA Code and IAAF.

The FLAU have now claimed that it was a mix-up and they were not trying to operate outside the rules.

"They replied that this was a bad summary of an athlete seminar held last month and they would never do anything to break the WADA Code or that did not follow IAAF rules.

"They have apologised for the mis-communication and have removed it from their website."

It is, nevertheless, another embarrassing episode for the FLAU.

Last year they were placed on an IAAF monitoring list and are currently being reviewed on a monthly basis.

Their situation is expected to be discussed during a two-day meeting of the IAAF's ruling Council, which begun at the Marriott West India Quay in London today.

Following criticism at the last IAAF Council meeting in Monte Carlo in February, FLAU President Ihor Hotsul claimed Ukraine have a "zero tolerance policy regarding all forms of doping".

Ukraine have the second worst doping record in athletics behind Russia.

A total of six Ukrainian athletes have been retrospectively disqualified from the 2012 Olympics in London following re-analysis of their doping samples.

The most notable name was Oleksandr Pyatnytsya, the silver medallist in the javelin before he was stripped of it in February 2016.

Others included Lyudmyla Yosypenko and Tetyana Hamera-Shmyrko, fourth and fifth respectively in the heptathlon and marathon at London 2012,

Anna Mishchenko and Svitlana Shmidt also lost the silver medals they had won in the 1500 and 3,000 metres steeplechase respectively at the 2012 European Championships in Helsinki following the retests.

Other prominent cases in the past have included shot putter Yuriy Bilinog, stripped of his Olympic gold medal from Athens 2004 after retests showed traces of anabolic steroid oxandrolone, and two-time world champion sprinter Zhanna Pintusevich-Block, implicated in the Bay Area Laboratory Co-operative scandal and banned for two-years.

Heptathlete Lyudmila Blonska was stripped of her Beijing 2008 silver medal after failing for methyltestosterone, another anabolic steroid.

Ukraine were also one only 15 countries out of 197 members who failed to back IAAF President Sebastian Coe's reform package, including several measures specifically designed to help combat anti-doping, at a Special Congress in Monte Carlo last December.

An explanation has never been provided by Ukraine as to why they did not vote in favour of the reforms, even though the country's most famous athlete, former world pole vault record and 1988 Olympic champion, Sergey Bubka, is the senior vice-president of the IAAF.