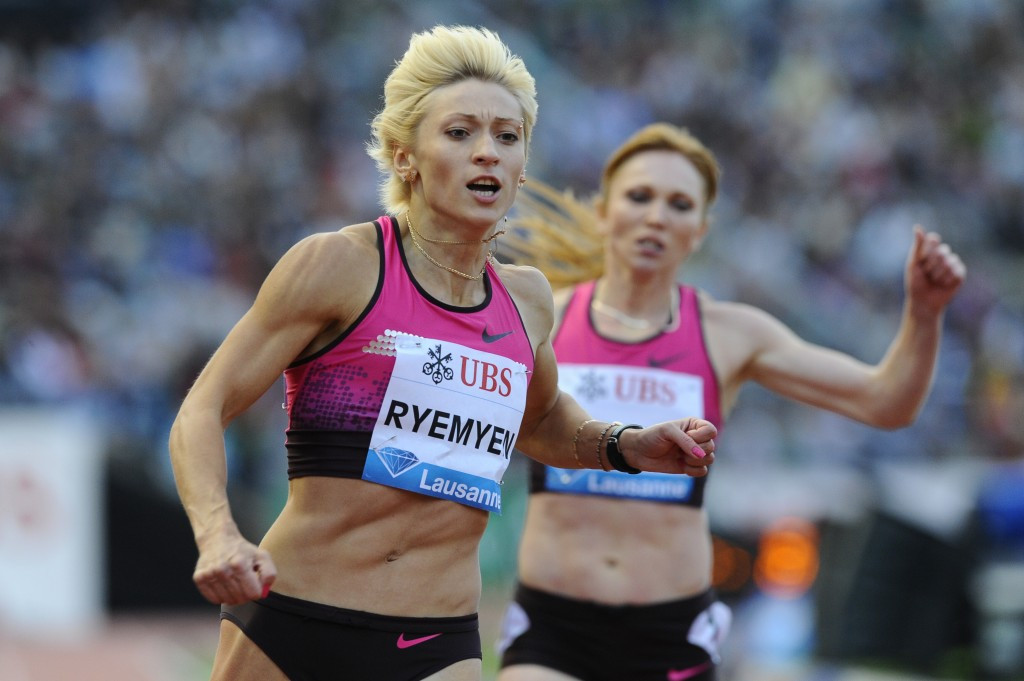 Olympic bronze medallist Mariya Ryemyen is among seven Ukrainian athletes to have escaped a ban after testing positive for meldonium, the International Association of Athletics Federations (IAAF) has confirmed.

Ryemyen, a member of the Ukraine 4x100 metres relay team which finished third at London 2012, had previously served a drugs ban.

She was suspended between January 2014 and March of this year as she failed for methandienone.

The 29-year-old, also a World Championships bronze medallist and a two-time European champion, and her six compatriots have all avoided suspensions as their samples were not found to have contained enough of heart-attack drug meldonium to be excluded from the sport.

The IAAF also confirmed in a statement to insidethegames that they did not have "evidence to suggest they had used meldonium after January 1" - the day it was added to the World Anti-Doping Agency (WADA) Prohibited List.

Lupu, who earned silver in the 800 metres at the 2012 World Indoor Championships in Istanbul, has also served a doping ban in her career as she was suspended for nine months after testing positive for Methylhexaneamine at the 2014 edition of the event in Sopot in Poland.

She had finished fifth in the Polish city but her results were then disqualified.

Pyhyda is the other athlete among the seven to have been banned for doping.

The 2015 European Indoor Championships gold medallist tested positive for the anabolic steroid stanozolol in 2009 and was suspended from August of that year until 2011 before competing at the 2012 Olympics in London.

The seven athletes from the Ukraine are the latest to avoid punishment for failing for meldonium, marking the latest installment of the controversy surrounding the drug.

They stated that athletes who provided a urine sample which returned a positive test for the substance between January 1 and February 29 can be given a "no fault" verdict if their sample contained less than five micrograms of meldonium.

This marked an increase from the previous set of guidelines, which stated if below one microgram of the substance was detected and the failed test came before March 1, a negligence or no fault verdict could be reached.

It remains unclear how long meldonium remains in the human body with many athletes who failed tests claiming that they stopped taking it before the January 1 deadline.

"On the basis of the athletes explanations and the concentrations of meldonium found in their sample, no period of ineligibility was imposed,” the IAAF statement read.

"We didn’t had evidence to suggest that they had used meldonium after 1st January 2016.

"These decisions were in accordance with WADA’s recommendations for the management of meldonium cases."