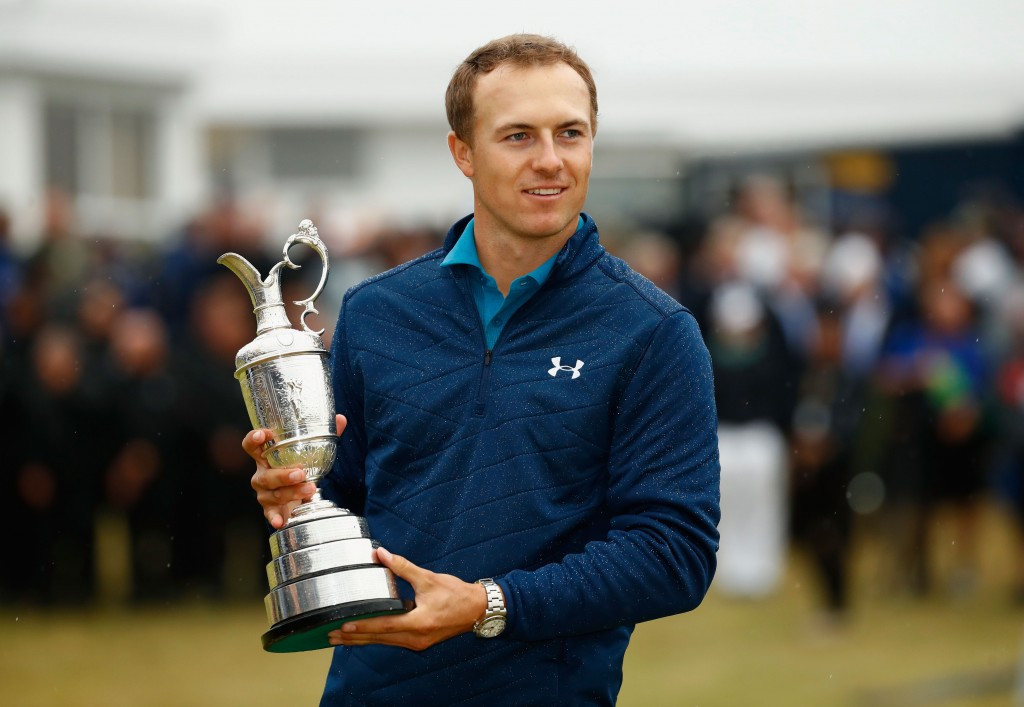 Jordan Spieth rode his luck through a topsy-turvy final round to claim his maiden Open Championship title following a wonderful day of golf.

Many had thought the man from Texas in the United States had spectacularly destroyed his chances of winning the famous Claret Jug, having started the fourth round on 11-under, three shots ahead of fellow countryman Matt Kuchar at Royal Birkdale in Southport.

By the time he had completed 13 holes, he had dropped down from the top of the leaderboard, having carded five bogeys and just one birdie up to that point.

However, Spieth, who had ended each round either with the outright or a tie for the lead, dug deep and after coming within inches of getting a hole-in-one on the 14th, proceeded to hit three birdies and an eagle on the last five holes to jump back in front of Kuchar and claim the title by three strokes.

The 23-year-old now has three of the four men’s majors to his name and will be aiming to complete a career grand slam when the US PGA Championship begins at the Quail Hollow Club in Charlotte, North Carolina.

Speaking after collecting the trophy, the American admitted he thought something he did in 2015 when another American, Zach Johnson, won the title was coming back to bite him.

“This is a dream came true for me,” he said.

“I was able to drink a bit of wine out of It when Zach Johnson won it two-years-ago and a lot of people told me that was bad luck - and I was starting to believe that.”

Spieth’s round started awfully when he bogeyed three of the first four holes.

He managed to birdie the fifth, only to drop a shot again at the ninth.

While his front nine was falling apart, Kuchar was putting a steady round together and a birdie at the ninth helped him take a share of the lead.

Crazy scenes then descended on Spieth’s round at the 13th after a wayward tee shot which found the deep rough.

With his ball perched difficultly on a slope, Spieth had a lengthy conversation with rules officials and after about 20 minutes, he took a penalty stroke and played his next shot from the neighbouring practice range, next to some of the television production trucks.

He managed to drop just one shot despite the episode which handed Kuchar the outright lead in the process.

But at this point, it would have been fair to think Spieth, who famously threw away a final round lead at the Masters in 2016, had ruined his chance of glory.

However, the American then produced the sublime golf he had been searching for, starting with his tee shot on the par three 14th nearly finding the hole.

He birdied that, then got an eagle on the 15th before picking up shots at both the next two holes.

Kuchar birdied the 15th and 17th, but he could not stop the momentum which his compatriot had gathered and ended with a bogey at the last, a hole which Spieth parred to complete the victory, ending the day on 12-under.

A fantastic round of 63 from China’s Haotong Li saw him finish on six-under and come third, while 2014 champion Rory McIlroy of Northern Ireland and Spanish golfer Rafael Cabrera-Bello ended a shot further back in joint-fourth.

The silver medal for the best amateur went to England’s Alfie Plant after he finished tied for 62nd with a combined score of six-over.

The 25-year-old was the only amateur to make it past the cut.