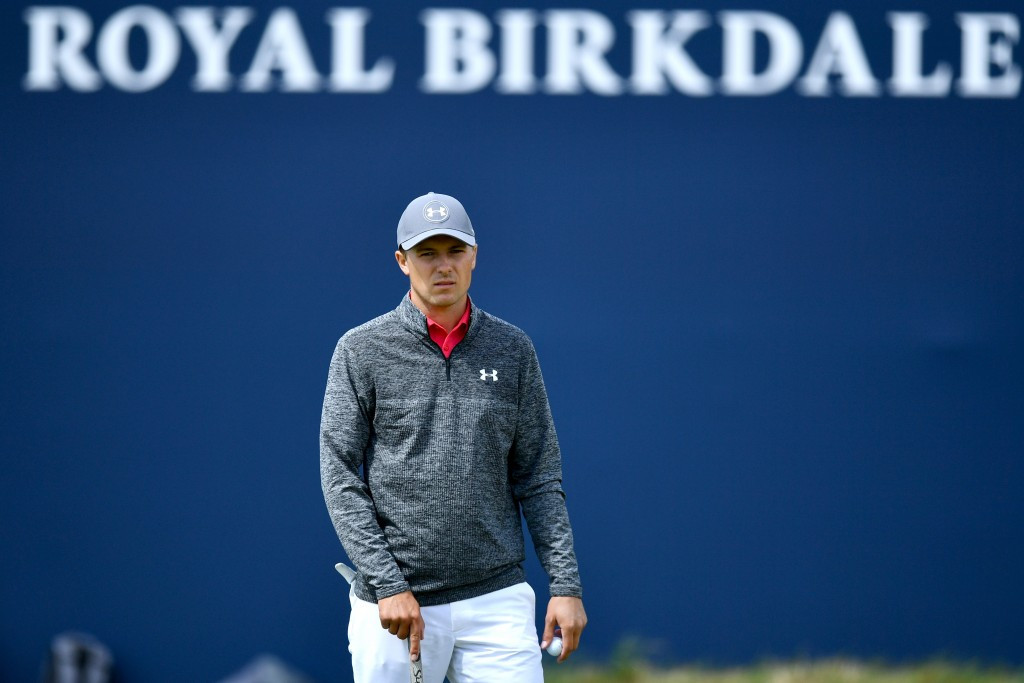 United States trio Jordan Spieth, Brooks Koepka and Matt Kuchar share the lead after the first day of The Open Championship at Royal Birkdale in Southport.

All three carded five-under rounds of 65 as conditions around the holes were not the most challenging that links courses can throw up, with overcast conditions in the morning clearing during the day.

Spieth, a two-time major champion, made the early running with birdies on the second, eighth and ninth holes.

The 23-year-old repeated the trick on the 14th and 17th holes on a day where he did not card a single bogey.

Koepka, who won the US Open last month, was also in excellent form with just one dropped shot in his round, coming at the 16th, which he followed up with an eagle at the 17th.

What was even more impressive was the fact the 27-year-old required just 21 putts across his whole round.

They were joined by Kuchar who picked up five birdies on the front nine, leaving many to think he could race into a big lead.

The 39-year-old, who won bronze at the Rio 2016 Olympic Games, had to settle for a tie of the lead though as he parred every hole after the turn.

A shot behind these three are England’s Paul Casey and 2011 Masters champion Charl Schwartzel of South Africa.

Another group of six players are a further shot behind, with Ian Poulter of England and Spanish golfer Rafael Cabrera-Bello among them.

Reigning champion and Olympic silver medallist Henrik Stenson of Sweden is in joint-26th place after a one-under round of 69.

England’s Justin Rose, the winner of gold at Rio 2016, ended the first round on one-over and is tied for 58th as things stand, alongside world number one Dustin Johnson of the US.

Action is set to continue until Sunday (June 23).