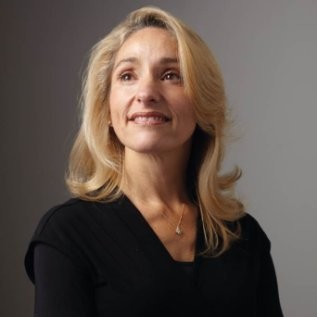 Clare Salmon has raised "significant and serious concerns" about culture and governance at British Equestrian Federation (BEF) after resigning as its chief executive.

Salmon, who was appointed in February 2016, has raised issues which have culminated in the setting up of an "independent investigation".

Current plans are to replace her with an interim chief executive.

It comes as the sport becomes the latest to wrestle with the consequences of a new UK Sport Code for Sports Governance which they must accept by November.

"It is with great regret that I can confirm that Clare Salmon has resigned from her position as chief executive and will be leaving the BEF," said the body's chair Joanne Shaw.

"I should like to thank Clare for her outstanding contribution to the BEF during the last year.

"Her leadership and vision for an inclusive, accessible and sustainable future for equestrianism were warmly welcomed and supported by the Board.

"In resigning, Clare has raised significant and serious concerns about culture, governance and the interaction of some of the member bodies.

"The Board considers that there are legitimate questions to be answered so is commissioning an independent investigation, on which we will report in due course.

"The Board intends to take this opportunity not only to update our structure and processes to ensure that we are fully compliant with the UK Sport and Sport England Governance code, but also to review our cultural values and behaviour in the interests of a stronger Federation as a whole."

They are also required to have at least 30 per cent gender diversity on boards.

Earlier this month, Table Tennis England chairman Sandra Deaton warned the future of the governing body is "at risk" after they lost access to £9 million ($12 million/€10 million) in Sport England funding following a narrow failure to pass their reforms.

Deaton also hit out at "individuals with their own agendas" after they fell 0.07 per cent short of the 75 per cent figure.

British Cycling President Bob Howden also expressed his "disappointment" that people are supposedly attempting to "slow, stop or even reverse" planned reforms before an Extraordinary General Meeting in Manchester tomorrow.

It is not clear precisely what Salmon's grievances were, but Horse & Hound has reported growing discontent within the sport over a shift towards "non-horsey" people occupying key positions.

Salmon previously worked for insurance company Royal London as group brand director for two years, where she led a high-profile re-brand of the firm.

"There is a clear priority for the board to work with the Members’ Council to deliver the governance changes required by UK Sport and Sport England by 31 October 2017," Shaw added.

"We remain confident that commitment remains high and we will be successful.

"I have every confidence in the abilities and professional skills of the BEF executive and staff team to continue their day-to-day work in the best interests of equestrianism.

"We are also fortunate to have a strong World Class Programme team in place, doing a great job for our athletes as they represent Great Britain."