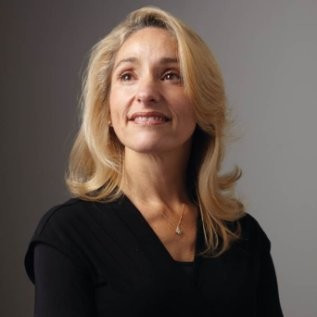 Claire Salmon has been appointed as the new chief executive of the British Equestrian Federation (BEF).

The announcement comes with incumbent Andrew Finding due to retire in June after 17-years of service, with Salmon set to take up her new role then in time for the Rio 2016 Olympics and Paralympics.

She previously worked for insurance company Royal London as group brand director for two years, where she led a high-profile re-brand of the firm.

"It is a great privilege to take on the leadership of the BEF, given the international stature and achievements of the organisation - a legacy owing much to the determined and tenacious efforts of Andrew Finding," she said.

"Equestrianism plays a unique role in the British psyche, attracting diverse audiences and capturing the imagination of a range of participants and spectators.

"Sustaining this legacy, and building on it, will be a compelling challenge.

"As a committed sportsperson and a passionate equestrian, I am honoured to have the opportunity to use my commercial and leadership skills to drive the next stage of equestrian growth in Great Britain."

The BEF is responsible for 19 member organisations and more than four million riders, and the sport has provided Britain with 32 Olympic medals, including nine golds.

British equestrian has continued to "thrive both at home and internationally" under Finding's guidance, according to the BEF.

"As Andrew Finding retires, my Board and I are delighted to welcome Clare Salmon as his successor," said BEF chairman Keith Taylor.

"She brings a depth of commercial experience.

"She has a deep passion for the horse and knows what it takes to be a high performance athlete.

"Clare embodies our values of professionalism, performance, passion and partnership; we extend a very warm welcome to her.”

As well as leading the British team to Rio 2016, one of Salmon's challenges will be to engage a younger audience in the country.

In November, the BEF announced the appointment of Sarah Armstrong as interim Para-equestrian dressage performance manager.