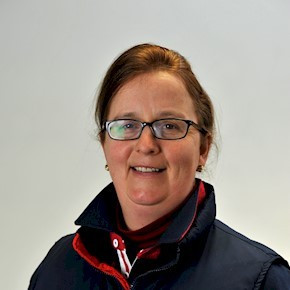 The British Equestrian Federation (BEF) has announced the appointment of Sarah Armstrong as interim Para-equestrian dressage performance manager to lead the team in Rio de Janeiro next year.

Armstrong will continue in her current role as the head of logistics and administration of the BEF’s World Class Programme and will also oversee Britain’s preparations for next year’s Paralympics.

She will act as the team’s Chef d’Equipe at Rio 2016 and begins in the position with immediate effect.

Armstrong succeeds David Hunter, who resigned after 13 years in the role last month, as the Para-equestrian dressage performance manager.

“I feel very privileged that I will be working alongside such a talented team of athletes and staff at such a crucial time in the preparation for Rio 2016,” Armstrong said.

“I’m sure that there will be some challenging and exciting times ahead and I’m very much looking forward to getting started.”

Armstrong has been a part of the high-performance team within the BEF since 2007 and has managed all logistics planning for the British squads for major championships.

She also helped with the pre-export quarantine camps prior to the 2008 Olympic Games in Chinese capital Beijing when the equestrian events were held in Hong Kong.

“Sarah has extensive experience of the unique environment generated by a Games as well as a sound understanding of the support our para-dressage athletes require to enable them to perform at their best,” Dan Hughes, performance director for the BEF World Class Programme, said.

“Sarah is extremely well placed to lead the well-established and successful team that are now beginning their preparations to defend their London 2012 Paralympic title.”

The British Para-equestrian team performed admirably at the London 2012 Paralympic Games, claiming an overall haul of 11 medals, including five golds.