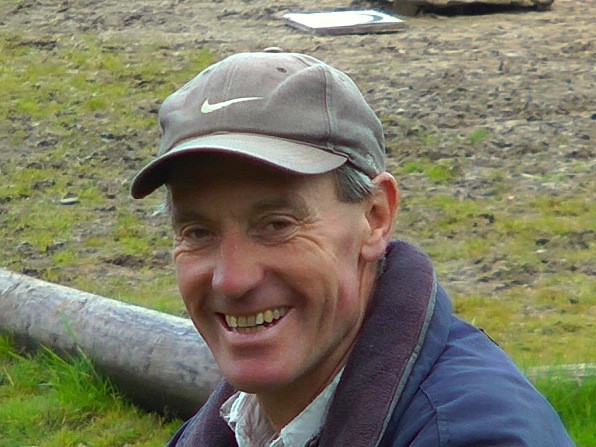 The British Equestrian Federation (BEF) and British Eventing have appointed Christopher Bartle to a newly-created role of performance coach as part of the World Class eventing programme.

The appointment introduces a new coaching programme to the eventing squad and will see Bartle serve as a key component of a wider plan to continue to optimise performance for the upcoming Olympic cycle.

Bartle, a current trainer to the German eventing team, is due to start his new role in January 2017 and will work with Richard Waygood who has been appointed to the position of World Class eventing performance manager.

He will replace Yogi Breisner who is leaving his position as British eventing performance manager after 17 years at the helm.

The German Equestrian Federation has confirmed that Hans Melzer, who has worked alongside Bartle with the German team since 2001, will continue to hold the reins for that nation.

"It’s exciting and yet daunting to be offered the opportunity to train the British team," said Bartle.

"On the other hand it’s with sadness that I leave behind the German team and all those at the DOKR and the German Federation with whom I have worked over the last 16 years.

"I am equally delighted that Richard Waygood has agreed to come on board as performance manager for eventing.

"I am looking forward to building a strong and effective partnership with Dickie [Richard] - I can’t imagine a more suitably qualified person for this position.

"I am really looking forward to building up equally strong relationships with the British riders and their home teams, the owners and the members of the support team within the World Class programme, the BEF and with British Eventing."

The World Class programme will, in the next few days, begin the process of recruiting a new performance director, who will be responsible for driving the process of change across the entire programme.

"I am very excited and feel privileged to hold the highly prestigious position of performance manager for the British eventing team," said Waygood.

"It has been a lifelong ambition, which I have dreamt about on so many occasions, having worked within the World Class programme for the last seven years and seen the dedication of the riders and staff alike, I just can’t wait to get going."

Bartle was a successful rider before moving on to training, winning European team gold medal at Burghley in 1997 and triumphing at the Badminton Horse Trials a year later - both when riding Word Perfect II.

He finished sixth in the dressage at the 1984 Olympic Games in Los Angeles, riding Wily Trout, and was a reserve for the Sydney 2000 team.

Additionally, he was national dressage champion twice and finished fourth in the 1985 dressage European Championships.

Under Bartles’ stewardship, Germany won individual eventing gold at Rio 2016 through Michael Jung and the team eventing title thanks to the efforts of Julia Krajewski, Sandra Auffarth, Ingrid Klimke and Jung.

He also guided the country to gold in both events at London 2012 and Beijing 2008.

The 64-year-old is managing director of the Yorkshire Riding Centre, where his pupils include British Olympic team eventing silver medallist Nicola Wilson.

"Following 17 successful years under Yogi Breisner we are thrilled to have found such an experienced team in Richard and Chris to take the British eventing squad forward," said David Holmes, chief executive of British Eventing.

"This combination will not only help us advance our elite level athletes but also to use their knowledge and skills to enable us to develop pathways throughout our sport so that we can produce a stronger performance culture from ponies to podium.

"As we look towards Tokyo 2020, Richard and Chris will be key for eventing to ensure the World Class team has the skills, tools and support to reach its full potential - we are excited to work with both of them as we welcome them into their new positions."

Clare Salmon, who was appointed BEF chief executive earlier this year, added: "The elite sporting techniques of our new structure brought to eventing are the benchmark for coaching methods and reflect an ambitious process of change that we believe can transform all equestrian disciplines.

"We expect not only our athletes and horses to benefit from their approach but also to further raise the profile of equestrianism as we build towards 2020 and in doing so inspire future generations of riders.

"Other sports will also be a great source of inspiration as we strive for a winning culture across the disciplines with the quest for a new performance director being key in our new approach within the World Class programme."