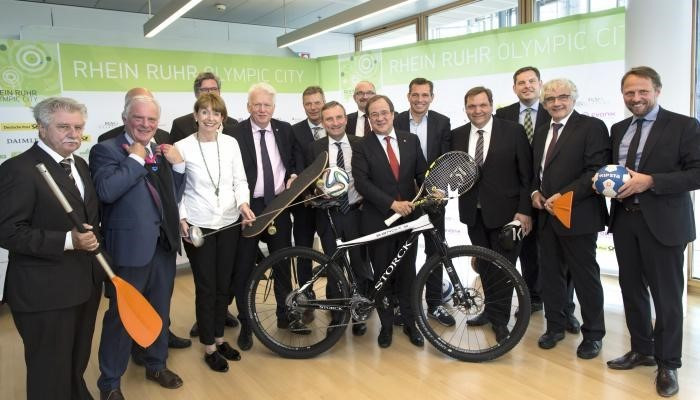 An ambitious 13-city plan for the 2032 Olympic and Paralympic Games has been unveiled by the German state of North Rhine-Westphalia.

Eight months of discussions have led to a planning paper which has allocated all of the Olympic sports to individual cities in the region.

If successful, the plan would bring the Summer Olympics to the home country of current International Olympic Committee (IOC) President Thomas Bach.

An Olympic Games has never been held in so many cities before but the plan could adhere to Bach's Olympic Agenda 2020 aim of keeping costs down.

More than 80 per cent of venues are already available, it is claimed, including 16 stadiums with more than 30,000 seats and 24 large sports halls.

Plans have not yet been unveiled for a central Olympic Stadium or Athletes' Village.

Countries interested in hosting the Summer Olympics now have to turn to the 2032 Games after the IOC agreed to the double-award of the 2024 and 2028 editions.

Paris and Los Angeles, and most likely in that order, are both set to be given a Games at the IOC Session in Lima on September 13.

The 2032 Games are currently due to be awarded in 2025 - which would be the last year of Bach's Presidency should he serve two terms.

Germany last hosted the Summer Olympics in 1972 in Munich.

The country has faced disappointment in recent races, however, with Hamburg one of three cities to drop out of contention for 2024.

This followed a referendum defeat in November 2015.

Munich also lost out in the race for the 2018 Winter Olympics - losing to Pyeongchang in South Korea - while Leipzig launched a failed attempt for the 2012 Summer Games awarded to London.

Brisbane in Australia has emerged as another possible contender for 2032.