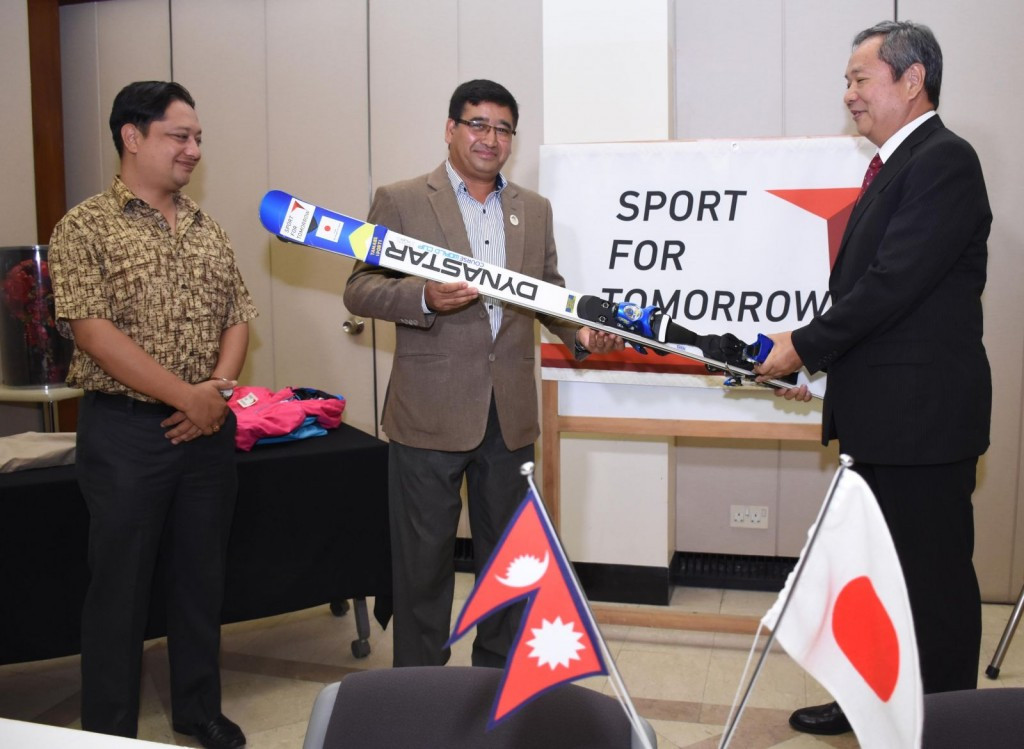 Skiing equipment has been presented to the Nepal Olympic Committee (NOC) by the Japanese Government as part of a programme to develop the sport.

Following the awarding of the 2020 Olympic Games to Tokyo, the Government in the country set up their Sports for Tomorrow scheme to get more people involved with activities.

During a ceremony at the Japanese Embassy in Kathmandu, Ambassador Masahi Ogawa gave a quantity of skiing equipment to the NOC.

Jeevan Ram Shrestha, the NOC and Nepal Ski Association President, was on hand to receive the items.

Among the equipment were 12 pairs of skis, six pairs of boots and six sets of ski wear.

“This equipment will help us to promote our athletes in Alpine events,” Shrestha said.

Nepal has featured in four Winter Olympics, the first coming at Salt Lake City in 2002.

At each edition, they have entered one athlete, Jay Khadka in 2002 and Dachhiri Sherpa at the other three, in cross-country skiing, but have never won a medal.

Khadka came 70th in the qualifying round of the men’s sprint and 79th in the pursuit.

Sherpa’s best result from his three appearances came at Sochi 2014 with his 86th place finish in the men’s 15 kilometre classical race.