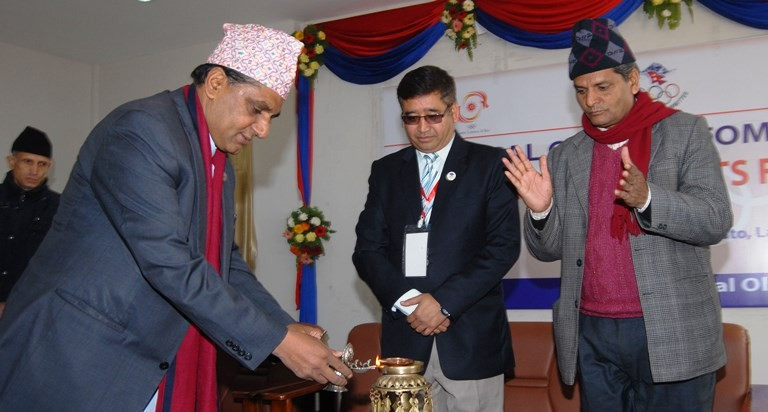 Participants at the one-day forum were informed about upcoming international sport events in 2016, as well as disciplinary improvements and the enhancement of Nepalese sport across various fields.

Also present was Minister Bishnu Prasad Paudel, who claimed sport authorities are ready to work hand-in-hand with the NOC to improve the economic condition of Nepal through tourism.

The Nepal Tourism Board offered its support as well with chief executive Deepak Raj Joshi saying it is prepared to help promote the sport sector.

NOC President Jeevan Ram Shrestha said rules and regulations should be made in accordance with the Olympic Charter, and stressed his commitment towards ensuring better management, increased professionalism and good governance within sport.

A total of 26 NOC-affiliated associations were represented at the national sports forum.

Various presentations were made on topics such as organisational management, financial management and anti-doping.

There was also a briefing on the 2016 South Asian Games, led by NOC executive secretary Sujan Lal Shrestha.

Nepal is one of eight countries set to compete at the Games, which are scheduled to take place in the Indian cities of Guwahati and Shillong from February 5 to 16.

Kathmandu is scheduled to host the event for a third time in 2019, having staged the inaugural edition in 1984 and the 1999 Games.