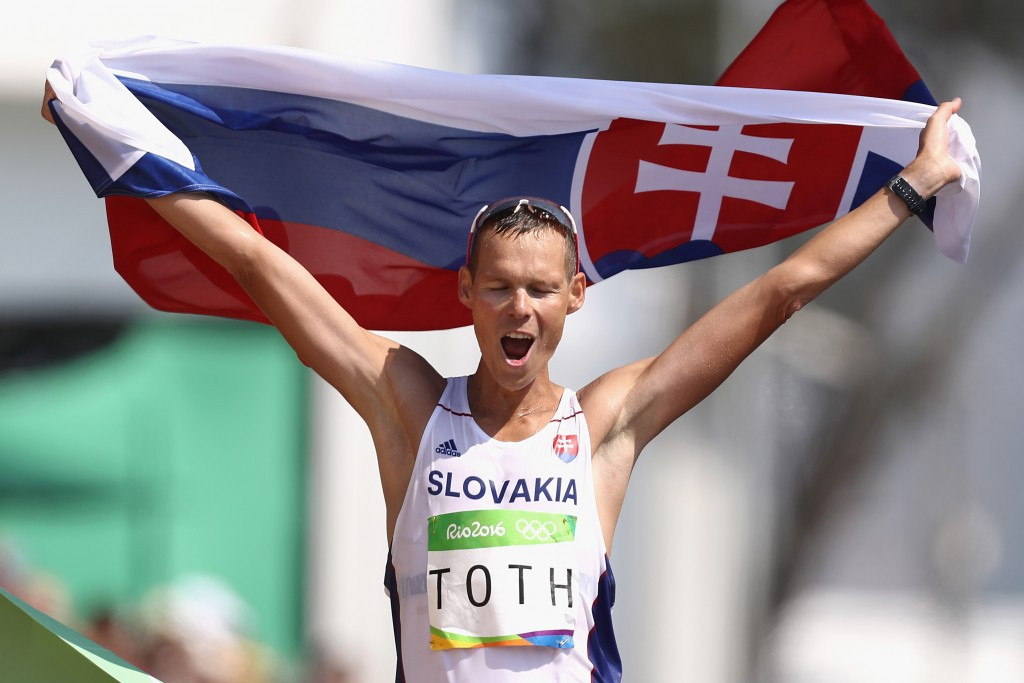 Slovakia's Olympic 50 kilometres race walk gold medallist Matej Tóth has pulled out of next month's International Association of Athletics Federations (IAAF) World Championships in London because he revealed he is being investigated for allegations of doping.

Tóth has revealed in a statement that he was contacted by the IAAF recently to ask him to explain anomalies in his athlete biological passport (ABP).

The ABP provides biological markers of doping and results of doping tests are collated over a period of time.

Doping violations can be detected by noting variances from an athlete’s established levels outside permissible limits, rather than testing for and identifying illegal substances.

Tóth claimed that dealing with the problem means he is too physically and mentally exhausted to defend the World Championship title he won at Beijing in 2015.

"This condition has been caused by the IAAF report, which alerted me to the statistical deviations in my biological passport and asked me for an explanation," he said.

"Since I have always stood up against any unfair practices throughout my career I totally rule out any misconduct.

"In this sense this message has shocked me.

"That is why I am now concentrating with the help of respected world experts from different fields to confirm the natural physiological state of the result in my body."

The 34-year-old made history in Rio de Janeiro last year when he became the first Slovakian to win an Olympic medal in athletics.

The IAAF have confirmed to insidethegames that the newly-launched Athletics Integrity Unit (AIU) is investigating an ABP case involving Tóth.

An AIU spokesman told insidethegames:  "The Athletics Integrity Unit can confirm that Mr. Matej Tóth is currently provisionally suspended pending the outcome of his case based on the athlete biological passport.

"As is normal process, and in order to protect the integrity of the case, the AIU will refrain from further comment until a final decision has been made."