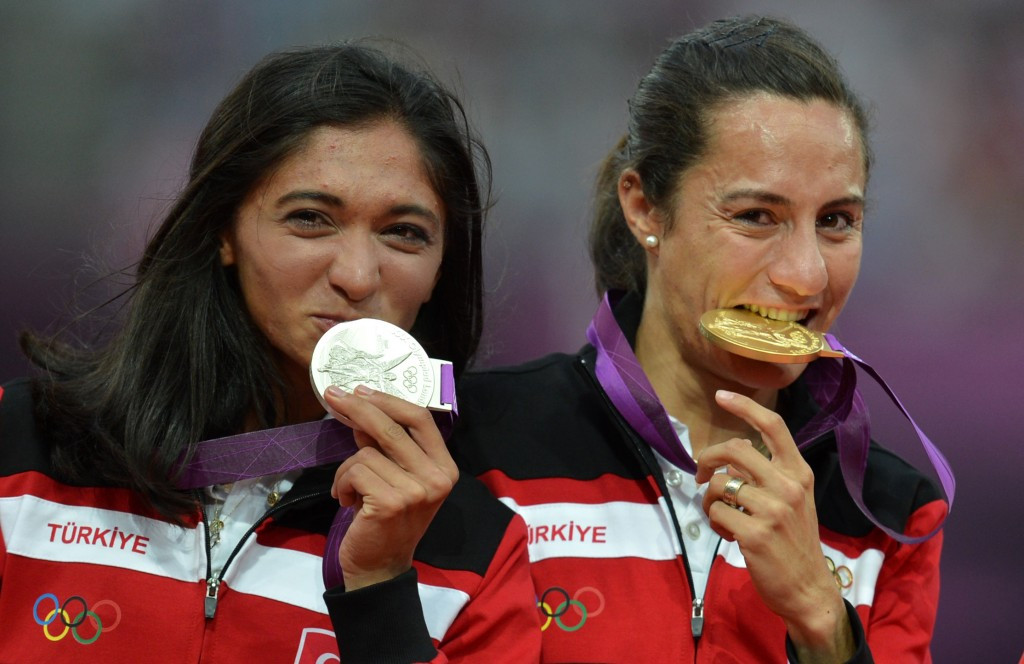 Turkey's Gamze Bulut will not be awarded the London 2012 Olympic gold medal she was in line to receive from compatriot Aslı Çakır Alptekin after the International Association of Athletics Federations (IAAF) annulled her results from 2011 onwards.

The IAAF announced today that Bulut, second in the notorious 1,500 metres race at London 2012, will also lose the European title she won in Helsinki in 2012 as a result of an "athlete biological passport (ABP) case".

Bulut's team-mate Elvan Abeylegesse is also set to be stripped of the two silver medals she claimed at the Beijing 2008 Olympics over 5,000m and 10,000m.

She was banned for two years last year by the Turkish Athletics Federation after being revealed as one of 28 athletes for whom adverse findings were revealed by the IAAF.

It comes after the IAAF confirmed she had failed a test at the event in the Japanese city, meaning her results from July 25, 2007 to July 25, 2009 were annulled.

She was detected following analysis of her ABP, which monitors selected biological variables over time that indirectly reveal the effects of doping rather than attempting to detect the doping substance or method itself.

Her medal was never reallocated to Bulut.

Today's confirmation from the IAAF means Maryam Yusuf Jamal of Bahrain is in line to claim the London 2012 Olympic 1,500m gold medal, with Russia's Tatyana Tomashova set to be upgraded to silver.

Tomashova, however, served a two year doping ban from 2008.

Sweden's Abeba Aregawi, a former world champion, finished fifth in London and stands to receive bronze but she has also been implicated in doping after she failed for meldonium last year.

The 26-year-old was facing a four-year ban before her suspension was lifted by the Swedish Doping Commission in July after the World Anti-Doping Agency (WADA) issued new guidelines.

Seventh-placed Natallia Kareiva of Belarus was banned in 2014 following abnormalities in her ABP and ninth-placed Russian Ekaterina Kostetskaya was also also given a two-year sanction in the same year.

Ethiopia's Meseret Defar is in line for 10,000m silver from the Games in the Chinese capital, while bronze will be claimed by Sylvia Kibet, also of Kenya.

Abeylegesse was second behind Tirunesh Dibaba of Ethiopia in the 10,000m at the 2007 World Championships in Osaka.

Her silver should go to original bronze medallist Kara Goucher of the US, with Great Britain's Jo Pavey taking possession of the bronze.

Speaking to BBC Radio 5 Live, Pavey said despite the upgrade, it is still "frustrating".

"I am thrilled with the news, but it is kind of bittersweet because when I think back to those championships I was running as hard as I could, I had got myself in the best shape and it was a hot and humid day," she said.

"Instead of being a moment where I was thrilled at getting my first medal, I was lying on the track feeling totally despondent and frustrated, I felt that I had let everyone down."

Russian doctor Sergei Nikolaevich was among the others named on a list of cases by the IAAF in their monthly newsletter and he will serve a life ban from the sport.

He was found to have "possessed, trafficked and administrated" prohibited substances.

Yarelys Barrios of Cuba, stripped of her Beijing 2008 Olympic silver medal in the discus for retrospectively failing a drugs test, will keep hold of the silver she won at the World Championships in Berlin the following year.

The Cuban will not be forced to return her medal as the 12-month period of removal of results as a result of the positive test from the 2008 Games expired before the event in the German capital began.