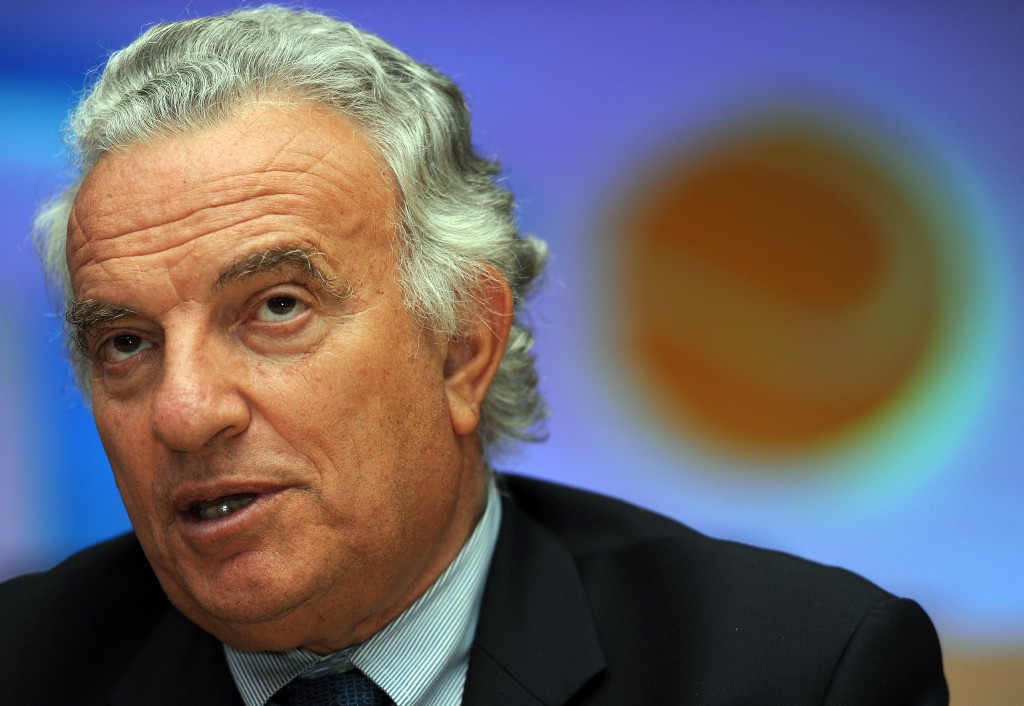 If Los Angeles or Paris are awarded the 2028 Olympic and Paralympic Games without having to go through the process of another bid then they have no right to demand extra funding from the International Olympic Committee (IOC) in return for hosting the event, they have been warned.

Association of Summer Olympic International Federations (ASOIF) President Francesco Ricci Bitti claimed that not having to bid for a second time to stage 2028 will automatically save the selected city between $50 million (£39 million/€44 million) and $100 million (£77 million/€88 million) which would otherwise have been spent on bidding.

Publication of the IOC Evaluation Commission report into the respective bids of Los Angeles and Paris for 2024 is tomorrow at 4pm in Lausanne.

An Extraordinary IOC Session on July 11 and 12 is expected to confirm that both the 2024 and 2028 Games will be awarded in Lima on September 13.

It is widely thought that Paris will host the 2024 Olympics before Los Angeles stages it four years later.

The IOC hope one of the two cities will withdraw from the 2024 bid race before the final vote so that they can avoid "losers".

Los Angeles Mayor Eric Garcetti speculated in May that they would consider opting for the later edition in return for the IOC funding youth sports programmes in Los Angeles "right now".

Ricci Bitti has warned, however, that an insistence on funding could even lead to the scrapping of plans to award the later Games this year.

"I don’t think so," the Italian responded when asked by insidethegames if candidates have the right to negotiate with the IOC for concessions in returning for hosting in 2028.

"The awarding of the 2028 Games in 2017 would give one of the two cities the opportunity to avoid further bidding-related costs.

"It would also give them several years to get it right for their city.

"Getting elected this year to host the 2028 Games would allow the respective city to invest an extra sum of about $50-100 million, normally spent on bidding, in the city itself.

"Therefore, I cannot see any justification for requesting extra funding.

"If this happens, maybe we should go back to an open bidding process for 2028 as there have already been expressions of interest."

These views chime with comments made by IOC President Thomas Bach at the Executive Board meeting in Lausanne last month.

"You don't need to reward somebody if you give them a present," the German said at the meeting.

"For the city, it would also be a safe bet.

"The city would get the right to host the Olympic Games without the risk of a defeat in an election procedure.

It is possible, though, that there may be a gap between public and private rhetoric, with the IOC more willing to offer a concession behind closed doors.

The 75-year-old Ricci Bitti, the ex President of the International Tennis Federation and a former IOC member, claimed that both Los Angeles and Paris "present excellent bids, certainly among the best bids the IOC has ever seen".

The Italian is no longer a voting IOC member but does wield a strong influence as the chief representative of the International Federations appearing at the Summer Olympics.

He believes that "if you have two bids of this quality at hand, it is certainly worth trying and accommodating them both".

"There will be more Games to come after 2028, so cities thinking about bidding can equally look four more years ahead to 2032," Ricci BItti added.

It is unlikely publication of the IOC Evaluation Commission reports for 2024 will have a significant impact on the joint awarding plans.

The Commission, chaired by Patrick Baumann, are expected to praise both cities, although it is not clear to what extent they will directly compare and rate the two.

They are expected to focus only on 2024 and not consider potential changes required for 2028.