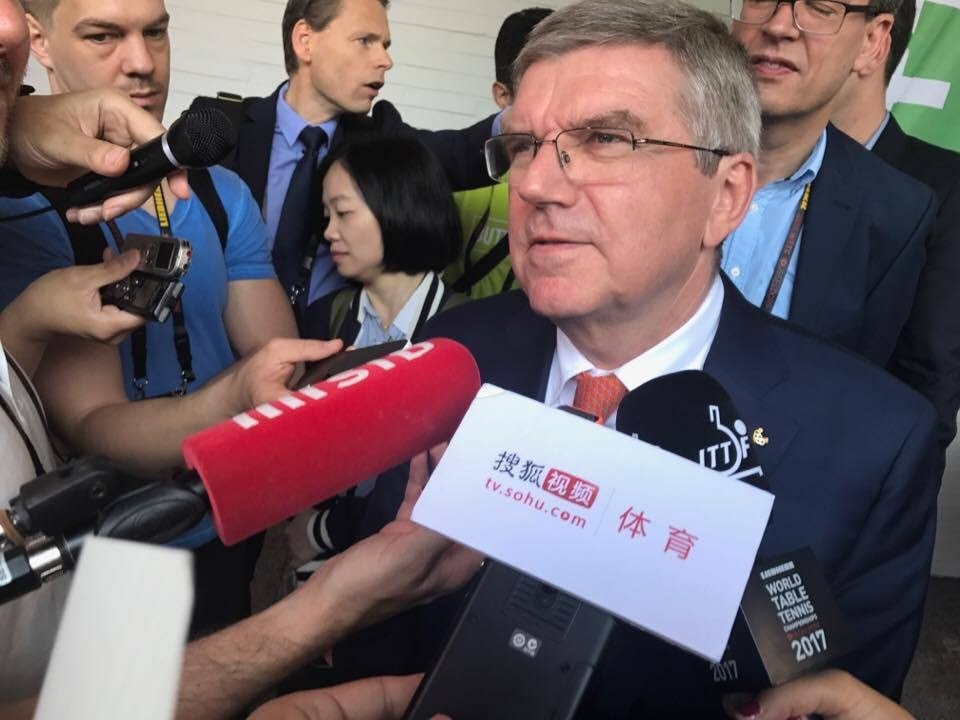 International Olympic Committee (IOC) President Thomas Bach has claimed no decision has yet been made on who will host the 2024 and 2028 Olympic and Paralympic Games after Los Angeles Mayor Eric Garcetti revealed they were considering a deal to host the later event.

Garcetti claimed that both Los Angeles and its only rival Paris have been asked by the IOC to consider what offer it would take for them to accept hosting the 2028 edition of the Games.

He revealed that he would consider doing so in return for the IOC funding youth sports programmes in Los Angeles.

"As we’ve talked to the Olympics they’ve asked us to think about - both Paris and us - what would it take for us to consider one of us going first and the other going second," Garcetti said, according toSouth California Public Radio.

"My dream is not so much just to bring the Olympics here, but is to bring youth sports for free to every zip code."

Garcetti claimed that these funds must be distributed "right now".

His comments appear very different to his repeated claims during last month's IOC Evaluation Commission inspection visit that their campaign was focusing only on hosting the 2024 Olympic and Paralympic Games.

During a press conference in Los Angeles, Garcetti also referred to the negative impact on the United States' international standing following the election of Donald Trump as the country's President.

He claimed that hosting the Olympics in either 2024 and 2028 would be great for the country.

"Given some of the challenges we face globally right now with leadership, that [hosting the 2028 Olympics] would be I think quite a coup and something for us all to celebrate," Garcetti said.

Bach, speaking during a visit here to the World Table Tennis Championships, twice insisted when asked by insidethegames that he was "not aware" of Garcetti's comments.

"We will discuss this question, first of all, at the IOC Executive Board and then, if we come to the conclusion that a double application should be taken into consideration, then we will have discussion with the IOC members," he told insidethegames.

The IOC Executive Board are due to meet in Lausanne on Friday (June 9) after which the process for awarding two Olympic Games at once is expected to be announced.

Bach dismissed reports speculating that a deal for Paris to host 2024 was already in place.

He insisted that, whatever they ultimately decide, the IOC membership will have a "vote" to make the final choice.

"There has to be a vote," the German promised.

"The IOC allocate the Olympic Games and decide on the host city.

"In any possible scenario there has to be a vote from the IOC members."

It is unclear, however, what IOC members will be voting on.

One scenario is that the IOC membership will have one ballot paper with an opportunity to vote for their preferred host of both the 2024 and 2028 Olympic Games separately.

It is perhaps more likely, however, that a preferred order will be proposed beforehand, either by the Executive Board or by the cities themselves.

The IOC members could then just vote to rubber-stamp this one proposal.

This vote is expected to happen at the IOC Session in Lima on September 13, although the membership are due to attend a Candidate City Briefing in Lausanne on July 11 and 12.

Paris have been far more resolute in their language when insisting that they are only interested in 2024.

They claim that they would be unable to use their proposed Athletes' Village site at Saint-Denis for any later Games as they have agreed a timetable for the site to be renovated into houses.

Los Angeles officials have also claimed that they are only focusing on 2024.

Their language, though, has been slightly more open-ended.

The latest comments by Garcetti certainly suggests that they would be open to a suitable deal.