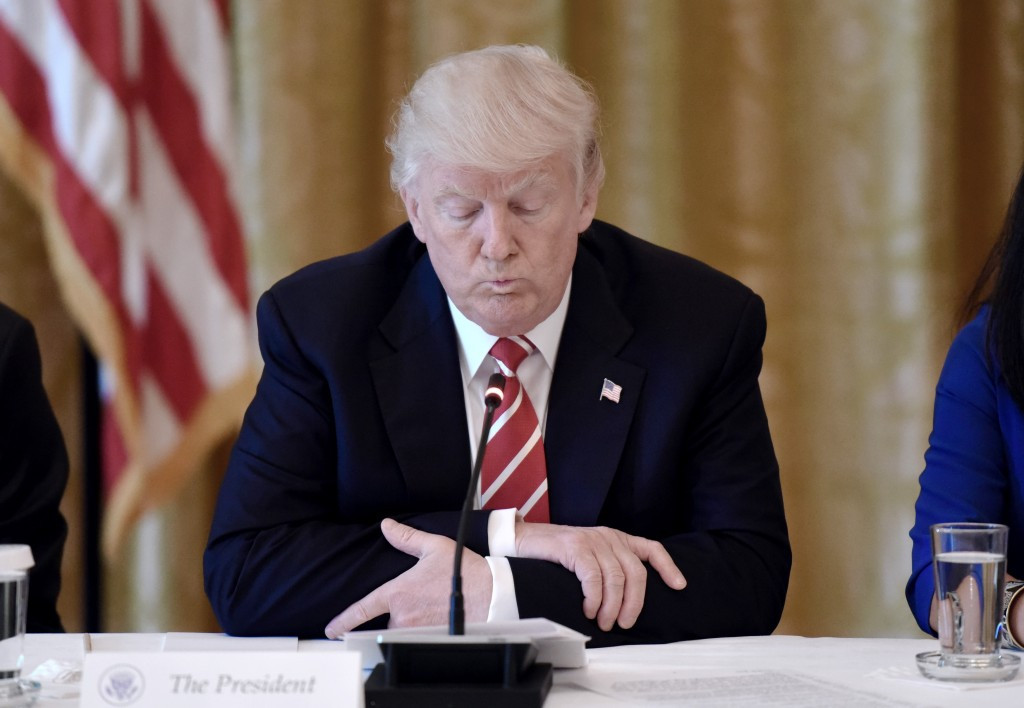 United States President Donald Trump reaffirmed his support of Los Angeles' bid for the 2024 Olympic and Paralympic Games during a meeting with International Olympic Committee (IOC) head Thomas Bach at the White House.

Los Angeles' attempt at securing the hosting rights for the Games was high on the agenda at the meeting in Washington D.C.

Few other details have emerged, however, with no official statement released by the White House.

Trump also, unusually, did not tweet about the meeting.

The meeting represented the most significant discussion Trump has had with an IOC official since he was elected US President in November.

It was also the first time the IOC President has travelled to the White House since Juan Antonio Samaranch met there with then US President Ronald Reagan in the build-up to the 1984 Olympics in Los Angeles.

"The meeting with the President took place yesterday and President Trump confirmed his support for the Los Angeles candidature," the IOC said in a short statement sent to insidethegames.

Bach spoke to Trump, who has publicly backed the Los Angeles 2024 bid but has not played an active part in their campaign, on the telephone last November.

During their bid, Los Angeles leaders have constantly played down fears that Trump's election would harm their cause.

The Republican President has divided the US with his policies including a controversial travel ban - which blocked people from seven Muslim-majority countries - Iran, Iraq, Libya, Somalia, Sudan, Syria and Yemen - from being granted entry to the country for a 90-day period.

Back in May, Los Angeles 2024 chairman Casey Wasserman claimed Trump had "done everything" to support their bid and that he had been "all I would hope for".

Trump's predecessor, Barack Obama, did not meet then IOC President Jacques Rogge at the White House during Chicago's bid to host the 2016 Olympic and Paralympic Games.

Obama did turn up for the final vote in Copenhagen in October 2009 but the security surrounding his trip upset many IOC members, who were forced to travel to the venue early because the roads were closed for the US President.

Chicago were eliminated in the first round with just 18 votes as the Games were awarded to Rio de Janeiro.

Following that humiliation, Obama did not engage with the IOC again.

Last October, shortly before the end of his eight-year term as US President, Obama told the New York Magazine that he believed the decision was "a little bit cooked".

The meeting came after the IOC Executive Board "unanimously" approved a proposal earlier this month to award both the 2024 and 2028 Olympic and Paralympic Games to Los Angeles and Paris.

The Candidate City Briefing in Lausanne on July 11 and 12 has now been elevated to the level of an Extraordinary IOC Session at which the wider membership will be expected to ratify this plan.

French President Emmanuel Macron, elected in May, has already promised he will travel to the event in the Swiss city to support Paris' campaign.

Wasserman published a statement this month effectively conceding the 2024 race and heavily implying their interest in 2028.

Macron is also widely expected to attend the IOC Session in Lima on September 13.

It is not yet known whether Trump will also be in attendance.