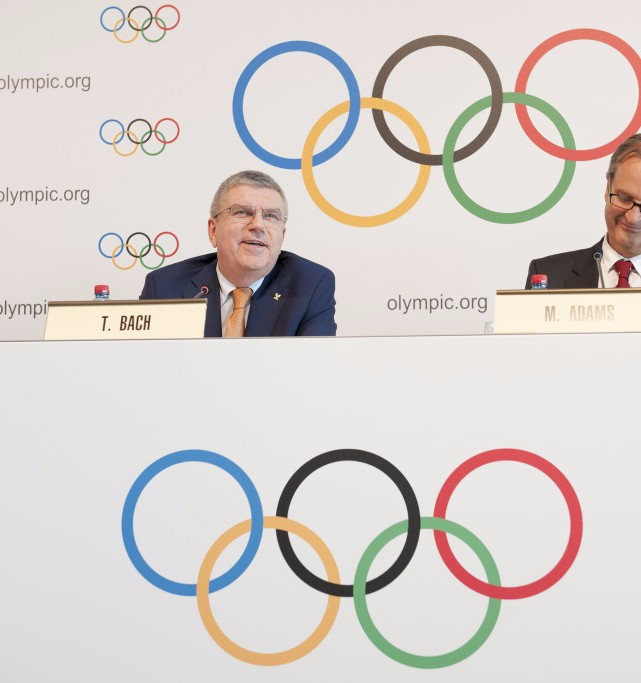 A proposal to award both the 2024 and 2028 Olympic and Paralympic Games to Los Angeles and Paris has been "unanimously" approved by the International Olympic Committee (IOC) Executive Board here today.

The Candidate City Briefing on July 11 and 12 has now been elevated to the level of an Extraordinary IOC Session at which the wider membership will be expected to ratify this plan.

A change to the Olympic Charter will not be made because it is "flexible" enough to accommodate this shift, claimed IOC President Thomas Bach.

"The IOC Executive Board has today unanimously approved the recommendation of the Working Group to award the Olympic Games 2024 and 2028 at the same time," said Bach.

"This principal will now be put forward to IOC members for discussion and vote and, for this purpose, the EB has called for an Extraordinary IOC Session on July 11 and 12 here in Lausanne.

"This recommendation will here be discussed by the full membership and voted upon."

It is widely expected that this will end with Paris being awarded the 2024 edition and Los Angeles 2028.

The Californian city's bid leader Casey Wasserman published a statement earlier this week effectively conceding the 2024 race and heavily implying their interest in 2028.

He also warned that the 2028 host should not expect significant concessions from the IOC.

Last week, Los Angeles Mayor Eric Garcetti revealed they would consider accepting the 2028 in return for the IOC funding youth sports programmes in the city.

"You don't need to reward somebody if you give them a present," Bach said.

"For the city, it would also be a safe bet.

"The city would get the right to host the Olympic Games without the risk of a defeat in an election procedure.

"What we may have to consider if this discussion is how we may need to adapt the clause in the Host City Contract to this situation."

Bach claimed he would not speculate on what exactly the IOC members will ultimately vote on at their Session in Lima on September 13.

"I cannot give you a final answer yet what will be the exact question put forward to the IOC Session," Bach said.

"All of this is a pretty complicated procedure.

"We do not want to decide this unilaterally.

"What we want to create is clearly a win-win-win situation."

Bach claimed the benefits of this plan outweigh the risks of other cities missing out on the 2028 edition.

"In German we have a saying, the saying, 'It is better to have a small bird in your hand than a big bird on the roof'," he said.

"Here we have two big birds in our hand, but none on the roof.

"They may be flying, and making some noise, but none have landed on the roof.

"This is an opportunity to keep the bird in our hand."

Several members, including Canada's Richard Pound, have claimed awarding both Olympic Games together would require a change to the Olympic Charter.

Rule 33.2 of the Charter says: "Save in exceptional circumstances, such election [for Olympic host cities] takes place seven years before the celebration of the Olympic Games."

Bach, like Pound is a qualified lawyer, has not directly admitted that the current situation is "exceptional".

"Key principles" for changing the candidature procedure for the 2026 Winter and all other future editions were also unveiled here today.

The IOC will be more "proactive" in supporting cities considering bidding, promised Bach.

The IOC will "customise" its approach to the needs of the cities "in order to develop together the best value proposition for the cities and the Games".

IOC members will play an "increased role from the beginning".

This will reduce costs, Bach claimd, as there will be no need to hire consultants.

The candidature period will be reduced from two to one years.

All these proposals are due to discussed at the Extraordinary IOC Session.

Boston, Hamburg, Rome and Budapest all withdrew bids for the 2024 Olympics.

Only Almaty and eventual winners Beijing bid for the 2022 Winter Olympics.