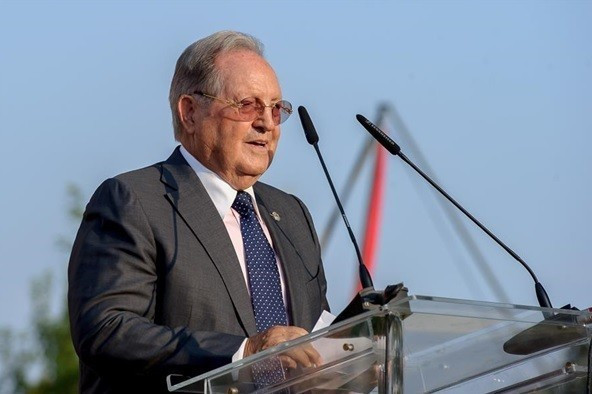 International Shooting Sport Federation (ISSF) President Olegario Vázquez Raña has claimed critics of proposed changes to the sport on the Olympic programme "do not see the whole picture".

In order to meet International Olympic Committee (IOC) criteria for gender equality, the ISSF has proposed removing three events for men only from the schedule.

The plan has not been universally popular, however.

Vázquez Raña believes that criticism surrounding the plans is in fact low and that those who have raised concerns are failing to see the bigger picture.

"As with any change, there is resistance," the Mexican told insidethegames.

"In this case, it is important to understand that the opposition is relatively limited when it is compared to the support.

"Sometimes people can be a little too focused on the negative.

"They do not see the whole picture.

"Shooting is not the first sport to see this kind of resistance."

Vázquez Raña added: "Of course those in the countries who are strongest in the events which are proposed to go out think first of how strong they have been in those events.

"They do not think first of how strong they could be in the new events.

"The process we are currently going through is simply a reminder that making important change is never easy.

"Proposals for change must always be accompanied by extensive communication."

The changes are set to be the focus of further discussions at an Extraordinary General Assembly (EGA), which insidethegames exclusively revealed the ISSF had called last month.

Key officials met to discuss the EGA, due to be held in Munich on June 25, earlier this week.

Vázquez Raña is optimistic that following the meeting the ISSF's members will have a much clearer understanding of the proposals which he thinks will benefit the sport in Japan in three years' time.

"Instead of just hoping, the ISSF is working hard towards a clear and positive result at the EGA," the 82-year-old added.

"I am confident the EGA will result in better-informed National Federations, who better understand the comprehensive process that was followed to make the best possible proposal for Tokyo 2020, and the innovative suggestions that came out of that process.

"Of course the final result of all this work will be to have the most attractive possible product for Tokyo 2020, which will be a showcase for our sport like no other."

The IOC are due to rule on events for Tokyo 2020 at its Executive Board meeting in Lausanne on Friday (June 9).

The issue has divided shooting and became particularly ugly when the ISSF accused its own vice-president, Luciano Rossi, of spreading lies and making a series of "false accusations" with regards to the Tokyo 2020 changes.

The Italian claimed secretary general Franz Schreiber and fellow vice-president Gary Anderson had held secret talks with the IOC about the possible introduction of laser guns into the sport.

This was rejected by the ISSF.

Vázquez Raña continues to believe the proposed events at Tokyo 2020 are best for the sport's future.

"Yes, it is important for us to move with the times, to innovate and to refresh," he said.

"The event lineup we have proposed for Tokyo 2020 is the one that best meets the needs of the athletes, the sport, the spectators and fans, and of course the IOC.

"The IOC has also made very clear its direction: to encourage the inclusion of mixed-gender team events.

"The success of the mixed events at the Baku 2015 European Games and the mixed events we have tested as part of our World Cup series gives us great confidence in our proposal for 2020 and beyond."