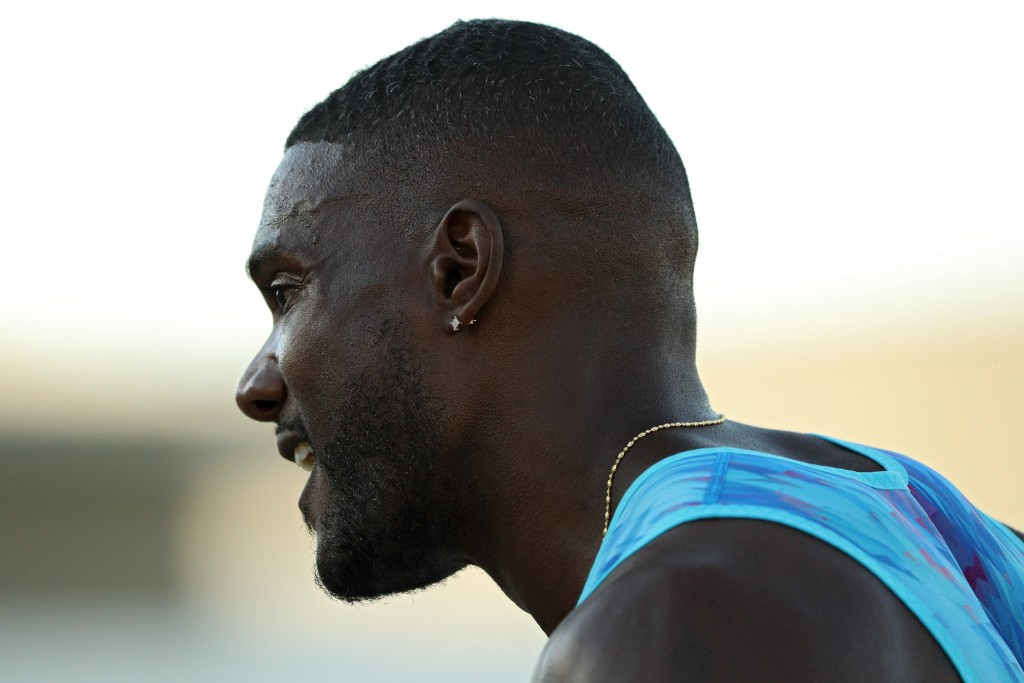 Christian Coleman’s rising ambitions in the 100 metres were checked on the second day of the USA Track and Field World Championships trials in Sacramento as he was narrowly beaten to the title by 35-year-old Justin Gatlin, who clocked 9.95sec.

The 21-year-old from Atlanta - who turned professional this month having clocked the fastest time of the year, 9.82, for his college, Tennessee Volunteers, was beaten on the dip, recording 9.98, with 23-year-old Christopher Belcher third in 10.06.

In celebration, the former world and Olympic champion sidestepped his way back down the Hornet Stadium track.

"These guys are just starting their career off," said Gatlin, who's been dealing with nagging leg and groin injuries.

"I have to make sure I stay hungry."

The sudden-death nature of the US trials means all three are now selected for the International Association of Athletics Federations World Championships in London, where they are due to face defending champion Usain Bolt in what will be the 30-year-old Jamaican’s last big event.

Bolt, meanwhile, is preparing to run in Ostrava on Wednesday (June 28) before appearing at the IAAF Diamond League meeting in Monaco on July 21.

"The sweet thing about it is there are two hungry guys who have no nervousness about [Bolt], and are hungry to make a name for themselves," Gatlin told Associated Press.

Coleman commented: "He never lost it.

"It was a good race.

"Looking forward to many more."

In the women's final, Olympic silver medalist Tori Bowie got off to a great start and won in 10.94 to beat Deajah Stevens, who ran 11.08, and Ariana Washington 11.10.

Paralympian Patrick "Blake" Leeper, running on carbon-fiber prosthetics, ran 45.25 in the semifinals of the 400m to break the T43 world record held by South Africa’s Oscar Pistorius, although he did not make the final after finishing seventh.

"Pretty cool to say I broke it. I'm in the world record books," said Leeper, born without legs due to a congenital birth defect.

The two-time Olympic champion Christian Taylor, who has a wildcard entry to the World Championships, was nevertheless required to participate in the Trials, so he flew in from Amsterdam the night before, fouled on his first attempt and then withdrew.

"It's unfortunate, because for sure every time I come out to the track and compete, I want to put on a show," he said.

"This time, I have to be smart.

"I want to wear the USA uniform and bring home a medal [in London].

"That's what it's really about."

Olympic 5,000m silver medallist Paul Chelimo underlined his intentions to challenge Britain’s Mo Farah for the title in London as he won in 13min 08.62sec in blazing heat.

Ajee' Wilson, back to running after the United States Anti-Doping Agency ruled on her doping positive through contaminated meet, was the fastest qualifier for the 800m final in 1:58.94, with 2013 world bronze medallist Brenda Martinez third in 2:00.93.

With world record holder Ashton Eaton retired, the decathlon was open for the first time in years – and won by a man widely reported to have retired, the 2009 and 2011 world champion Trey Hardee.