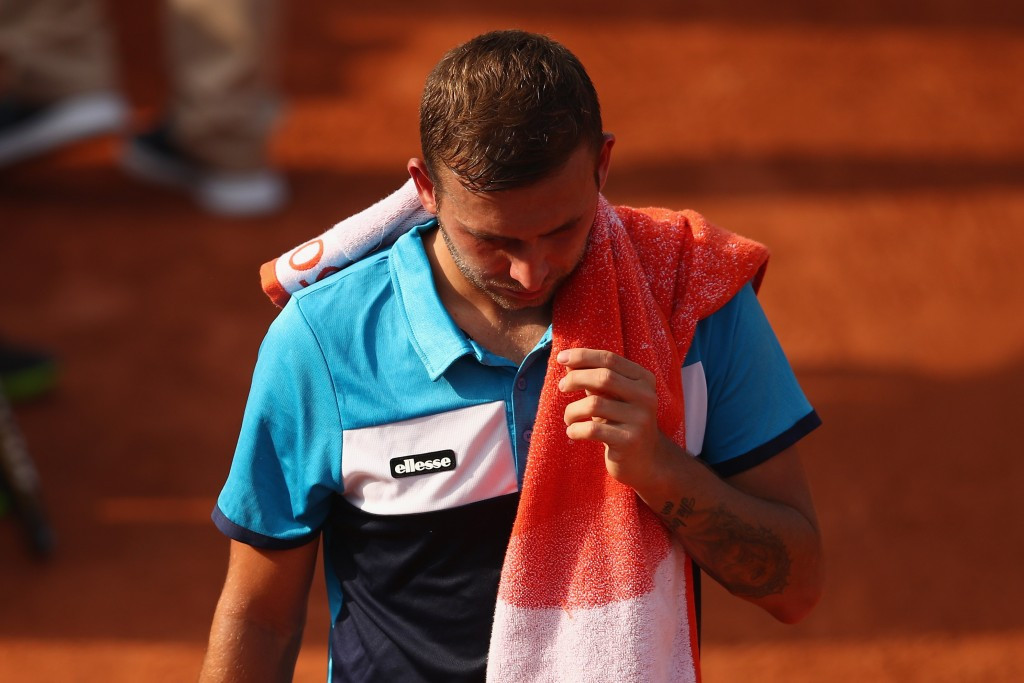 Britain’s Dan Evans has admitted to testing positive for the banned stimulant cocaine in a drugs test in April.

Evans, the British number three, provided a positive sample at the Barcelona Open on April 24.

The 27-year-old claimed the substance was taken out of competition and that he had been informed of the positive test this week.

"It's really important you know this was taken out of competition and in a context completely unrelated to tennis," said Evans, according to the BBC.

"I do not condone for one second to anyone that this is acceptable behaviour.

"I have let a lot of people down - my family, my coach, my team, sponsors, British Tennis and my fans.

"I can only deeply apologise from the bottom of my heart.

"This has been a sad and humbling experience."

Evans is currently ranked 50th in the men’s world rankings and was part of the British team which won the Davis Cup back in 2015.

He enjoyed his best performance at a Grand Slam earlier this year, reaching the fourth round of the Australian Open before losing to France's Jo-Wilfried Tsonga.

The Briton now faces the prospect of a ban, with a provisional suspension set to begin on Monday (June 26).

“On 24 April 2017, Mr Evans, a 27-year-old player from Great Britain, provided an anti-doping sample to the Tennis Anti-Doping Programme (TADP) in association with his participation in the Barcelona Open, an ATP World Tour event, held in Barcelona, Spain,” a TADP statement read.

“That sample was analysed by a World Anti-Doping Agency (WADA) accredited laboratory in Montreal, Canada, and was found to contain cocaine and its metabolite.

“In accordance with Article 2.1 of the TADP, Mr Evans was charged on June 16 with an Anti-Doping Rule Violation.

“Mr Evans has accepted the finding of cocaine in his sample collected on April 24.

“As positive tests for non-specified substances carry a mandatory provisional suspension, Mr Evans will be provisionally suspended with effect from June 26, under Article 8.3.1(c) of the 2017 TADP, pending determination of the case.”

Spain’s Jose-Manuel Roman Gomez was handed a four-year ban after a positive test for cocaine back in 2015, while Switzerland’s Martina Hingis received a two-year sanction in 2008.

France’s Richard Gasquet had a two-year ban for the same offence overturned in 2009, after the ITF accepted the substance entered his system when he kissed a woman who had taken cocaine in a nightclub.